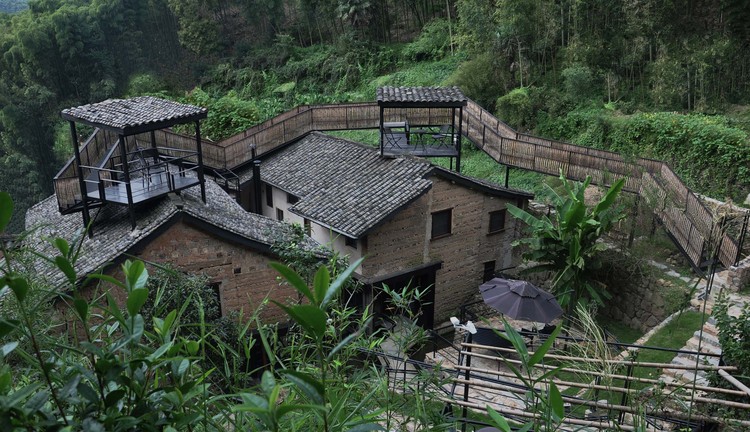 Text description provided by the architects. This plot is located in a village of Mount Mogan in Deqing. The front building is a old house over a century which is the only one left in the oldgroup of buildings.It used to be the former lobby , and is in Huizhou residential style. The building behind is a two-tier old house built in 1985. The two houses are nearly 18 degrees dislocation. The west side is only 1meter away from the nearest place. The whole plot is in a valley surrounded by bamboo forests on three sides of the building. The outdoor scattered randomly. It is divided into several platforms by the public stone step road that the elevation difference is obvious and next to the stone step is a stream.

The front building is mainly depends on reserving and repairing as a whole. The interior wood of the building behind is completely newly built, and nearly reserved the rammed earth wall on the east side. The two houses are reorganized as a whole to make the space restructuring again. Cutting off part of the space, and making an enclosed special-shaped patio. The outdoor steel ladder is inserted between the two houses, which not only solves the traffic problem from the first floor to the second floor, but also increases the integrity of the two houses and increases the a layer of the west space as the interior and the porch on the roof are all increasing the integration of the two houses, making the final building is like an organic whole.

The outdoor design refers to the design method of the garden. A pond is dug between the two houses. The stone slab bridge connects the public spaceon the first floor of the two houses, and the outdoor steel ladder with column-free floats on it. With the mountain as the wall, the re combed stone footpath extends to the steel corridor on the roof, which encloses the platform and ponds in the middle. A number of opposite scenery and borrowing scene. Compared with the traditional classical garden of piling upmountains and waters in the city, this is truly three-dimensional open landscape garden.

Mansardis the most abstract simplification of nature. In the design, a lot of space divisions of mansard are used into outdoors and indoors. The Chinese style should not be formalized, times are changing as the past materials and construction technology have lost their feasibility at present, and the new Chinese style is out of shape. It is doesn’t a new Chinese style garden onlyby making a rockery in the courtyard. The essence of the garden lies in broken and hiding and in building the artistic conception. To master these principles is to use modern materials and modern design techniques to see the architecture is belongs to Chinaat a glance. Many modern materials such as steel, cast-in-place beams and columns are used in the design, and the public space on the ground floor is also mostly made of the floor glass, which only echoes the reserved part in the color, and finally presents a traditional and modern building, the result is that many youths accept and like it.

A lot of series spaces like L-shaped and Z-shaped are used to increase the sense of depth and interestingnessof the space, and each turn will bring changes from sight and landscape. loam wall, cement, solid wood, indoor are exposed materials fully, partially covered with bamboo, combined with lighting to create a kind of rough originally and comfortable artistic indoor. It is because the big machinery can’t move in, the loam wall of the first floor will be taken down and reused as the partition wall of the two rooms in the building behind, as well as the wood and stone, so the transformation process is just like the process of reallocation and combination of material resources. The partition of the behind building continues the direction of the front building. This dislocation not only increases the interestingnessof the interior space, but also meets the needs of the change of the function of the guest room. 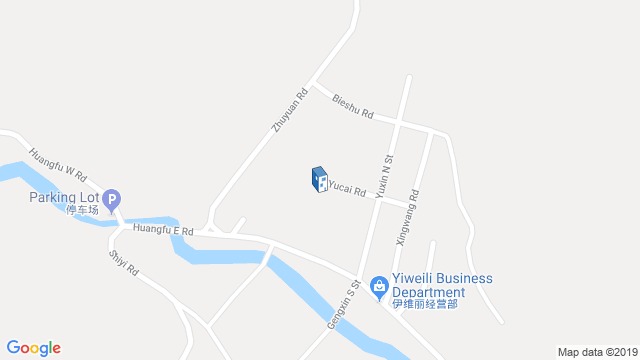 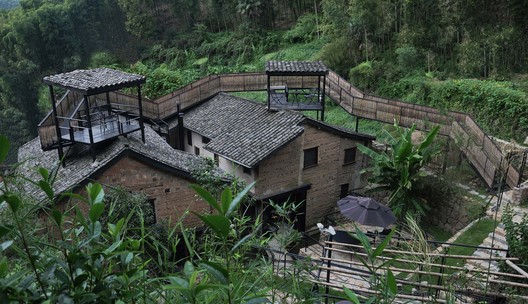