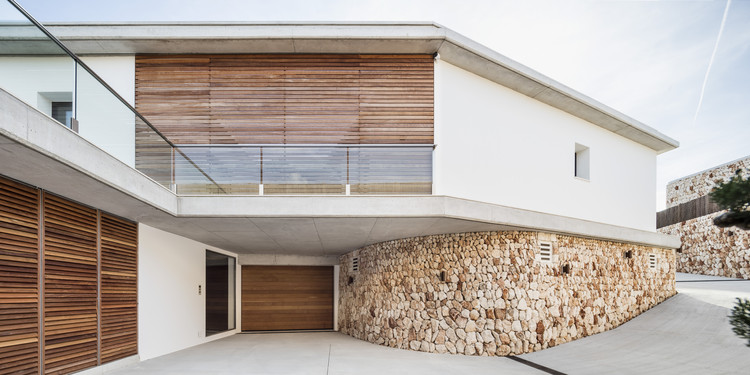 Text description provided by the architects. This commission reached us in the form of a contest. The main concept of the project has remained unchanged since then. We proposed a house contained within two slabs whose relationship is radical: 42m long x 3m high. Two housing units within the same plant are separated by a courtyard whose main function is to generate warm wind currents.

Stretching the dimensions of the plot, the 42 meters of straight facade allow us to distribute the entire main program to the south, leaving on the north side for the service areas with a minimum amount of windows. The distribution of the program on the floor allows us to make the use of housing more flexible, being able to segregate the main house of the guest house with the courtyard as a link. To avoid the overexposure of the house in the environment, the level of the floor was reduced and a sloping concrete slab roof was created with a changing section in the north-south axis.

The swimming pool, that exerts a hard pavement limit with the garden was projected on an even lower level. The garden, in turn, gradually becomes a Mediterranean landscape with zero water consumption. The totality of the water that falls on the roof of the building is recovered, accumulating in a 40-ton cistern that is located at the level of the large basement that occupies 50% of the imprint of the building and which is accessed by a ramp.

The white, the concrete, the wooden lattices and the glass draw the facades on the ground floor while the drywall is the protagonist when we cross the limit of the 0.0m level. Current technology in terms of enclosures allows us the ambivalence of hiding all the glass of the windows behind walls when the house is in use and, on the other hand, being able to “bunkerize” the house using sliding shutters when desired. 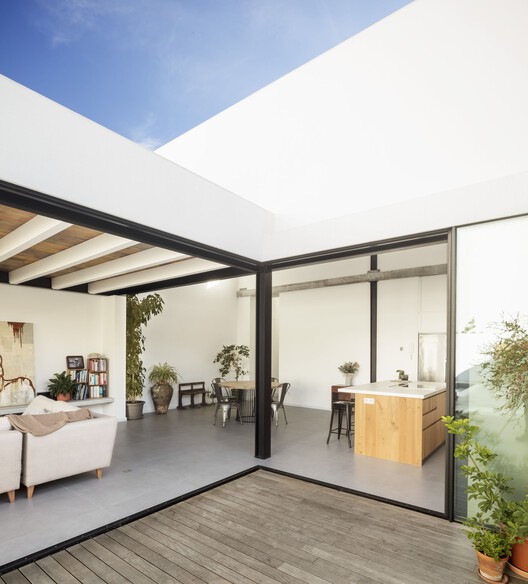 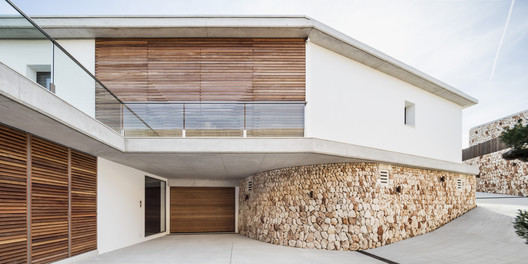