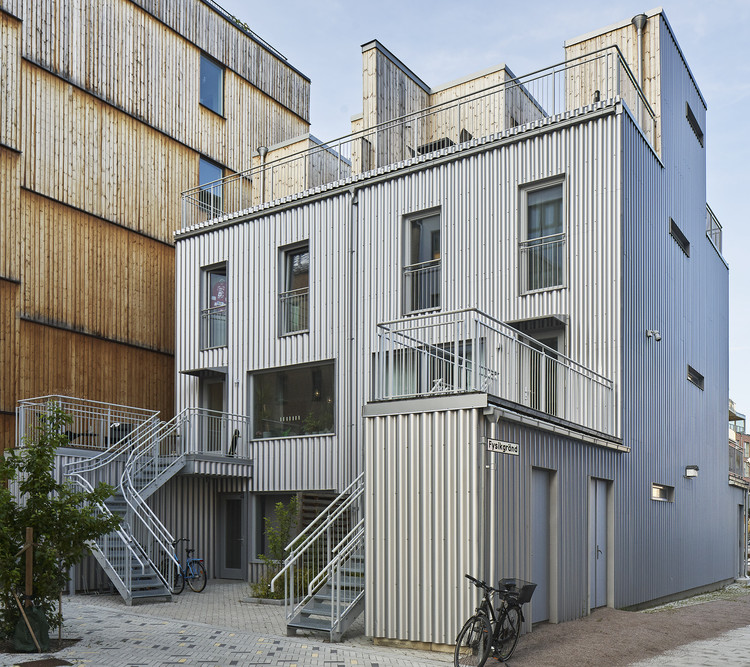 Text description provided by the architects. Lilla Integralen is a distinct and unique four apartment house located in the new residential district Vallastaden. Inspired by old industrial buildings, the façade is made of sinusoidal profiled colour coated steel that makes for an interesting and playful expression, and an eye-catching contrast to the surrounding houses. The unorthodox choice of material creates a reflective façade, where the captured sunlight smoothens the borders to the sky and neighbouring houses alike.

The house stands as an example of modern urban living rooted in past tradition and allows for two extended families to live close but separate in their own homes. Generation housing was long the common way of living for the Swedes but is today a rare phenomenon in the country in general and in the metro areas in particular. Inspired by our own history and by other cultures where extended families still live and grow together, our goal was to build a house that will last not just through our lives, but that can proudly be passed on to coming generations. 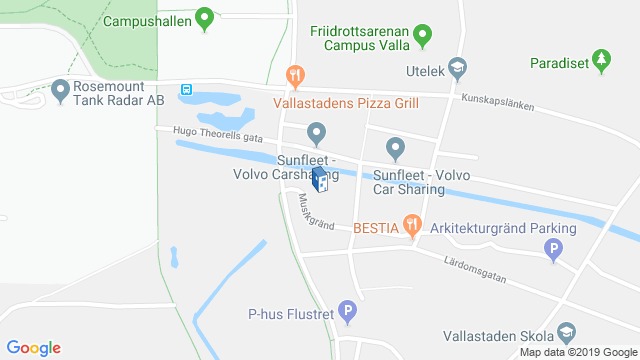