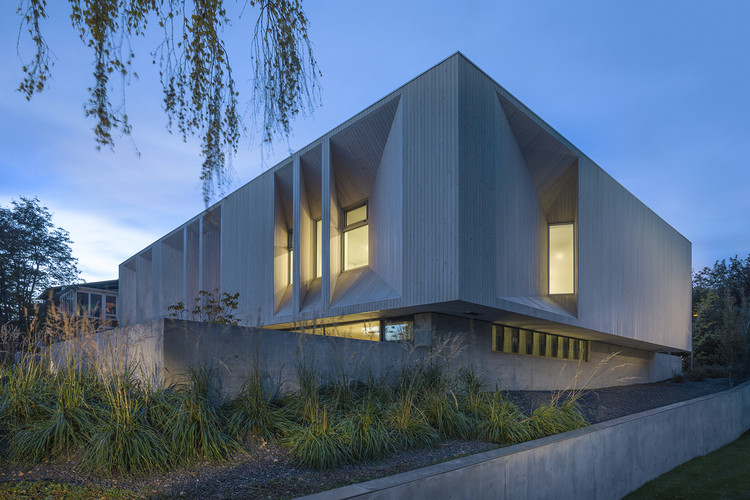 Text description provided by the architects. Designed for a couple in Calgary, the client asked for a home that would cater to their need for privacy, and their two tortoises. The responding logic is two-fold: (1) the burying of social program as a means to provide privacy with the resultant framing of nature; and, (2) a hovering volume characterized by a perimeter poché wall that structures privacy and animates the interior via the filtration of light. In the first instance, a perimeter is defined via the woods on the north of the site and its suburban condition on the east and west. This boundary is further emphasized through the concrete walls at ground level which define the social spaces.

In the second instance, this burrowed space is juxtaposed by the suspension of a wood-clad volume that has been sculpted to condition light and fold it into the space below. Through the calibration and sculpting of a series of apertures, natural light is invited to make its way through the house, projecting down through interconnected spaces including a central tortoise court, illuminating the space within.

These apertures, tuned to enhance views of the landscape, also serve to animate the movement of the sun in the sky and define privacy on the upper level. From both the front and back, the house presents itself as a floating box – its monolithic object-hood defined both geometrically and by way of material application, a wooden mass hovering above a concrete frame. While the upper volume displays a syncopated fenestration, the lower body offers only a sliver of light emanating from above the front courtyard’s 7’ retaining wall. In both cases, whether it is that of the calibrated openings that line the top, or the illuminated ceiling space below, both datums participate in the orchestrated screening of visual information.

The upper level planning is designed as two 'addresses' accessed from the central circulation that wraps around the tortoise enclosure. The first address is the master suite, with the bedroom situated along the private backyard and the more public office space facing the front yard. Similarly, the children's address is organized with the bedrooms overlooking the backyard and their play space facing the front. The courtyards that comprise the house are created as a field of landscapes - both natural and psychological.

And while their perimeters are defined relative to one another in plan, in essence, the tortoise court serves as the vertical connection between the private realm of the floating box above, and the sweeping landscape that slides underneath. It is the linchpin of two halves. As the tortoises are left to occupy this resulting negative space, the final courtyard serves as a counterpoint for reflection in understanding the house’s existence in the broader community. Assuredly introverted. Content. Quiet, and contributing to the broader communal courtyard from its position on the periphery. 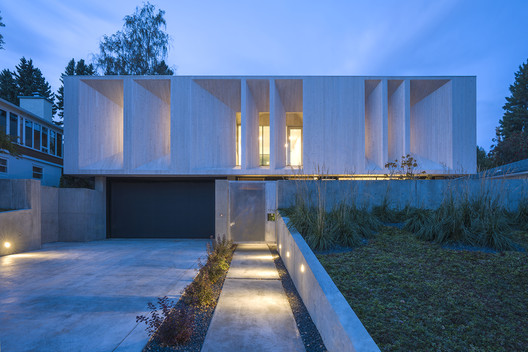