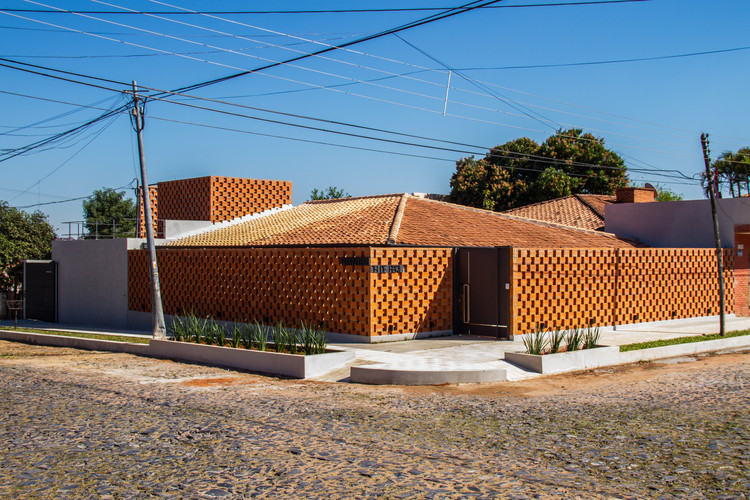 Text description provided by the architects. The neighbourhoods of the Asinción of yesteryear, traditional and almost timeless, are being reached by the impulse of real estate development that day after day seeks to provide options to the growing urban population. Many times it happens that the hurried venture condemns architecture to a second -or third-level of importance, giving priority to "practicality" and prejudices of insecurity that are very common in the country, which does not serve the imaginary of today's society well. We wanted this not to be the case. The situation presented a house of approximately 40 years of age and in quite deteriorated conditions that was to be reincorporated to the supply of real estate. It was already in the process of demolition, with no architectural project to follow. The urgency of time led us to make a quick diagnosis of the situation and to act with the same inertia, while developing a parallel idea that could mean - at least something - for the city.

In addition to modifying the spatiality according to the new requirements of the client and the general public (a living room, a dining room, three bedrooms, service areas, etc. etc. conditions without which architects would not have this type of work), the project offered the potential to improve the immediate environment, injecting some new air into a neighbourhood forgotten in time, but with a great future ahead. A corner made up of the intersection of two streets, a privileged location for having more than one facade, was the setting for the implementation of this project that seeks to provide shelter, protection and warmth for a new home, a new nest that would return to the useful cycle of housing in Asunción. In an effort to find unity in the fragmented and chaotic urban environment from a constructive point of view, the proposal consisted of generating a ceramic continuum through thin perforated envelopes, which, added to the reddish roof, could provoke the senses of those who travel through the place, allegorically configuring a hornero nest, a typical bird of the region of South America.

The ceramic brick, widely used in Paraguay for its economy, was summoned once again as the protagonist of the intervention, where masons, blacksmiths and carpenters, good craftsmen of patient and skilled workforce, gathered in solidarity and were capable of transforming matter into space and providing it with unusual and interesting qualities for the construction of the collective repertoire that characterizes contemporary Paraguayan architecture, where interventions become true experimentation processes through tests, verifications and adjustments until the expected results are achieved. Once the work was finished, there was nothing left but to let the sun, a special guest of architecture, to penetrate the spaces and to render the seasons of the year, offering the family a festival of lights and shadows that accompany them through their daily experience. 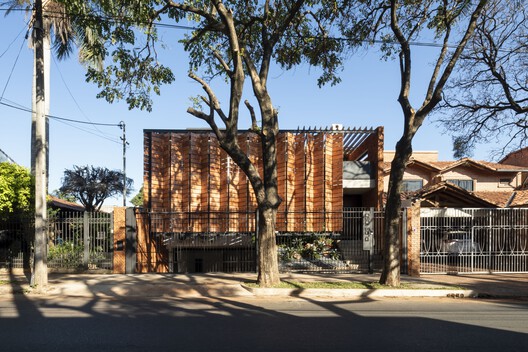