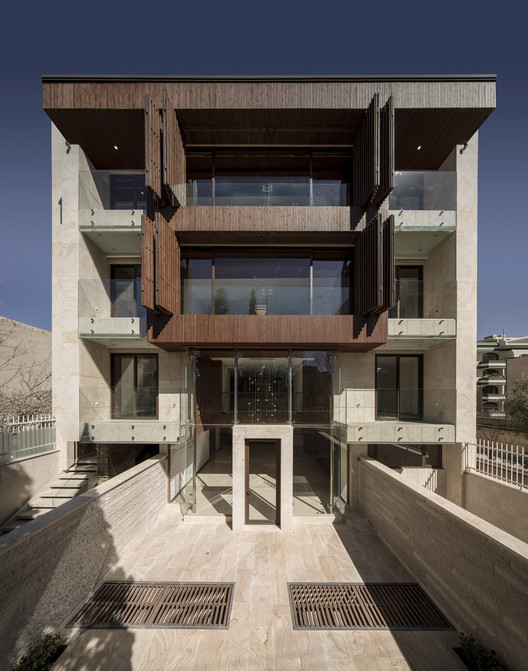 Text description provided by the architects. The building was supposed to be built on a shallow depth field. A field with three sides closed and only one side open towards south with a direct view towards water channel and pubic area.

Dividing the building into three main parts caused an open continues middle part to be created. This part was benefited from north side brightness, south side sunlight and green area view and also a permanent natural ventilation. Service spaces, private rooms and corridors were organized in the eastern and western parts.

Lack of space to build in eastern and western parts, caused the staircase to come out of its usual box and connects variety of spaces together. A part of the staircase was also incorporated in the northern skylight space. In the analysis of the architecture sections, the ground floor was not well-lit. Therefore the first and ground floor summed up together, so that the view from first floor and attachment to the yard from ground floor becomes possible.

Due to the small depth at the southern edge of the building, certain challenges were existed:
1.    Lack of visual privacy which was not suitable for a residential use.
2.    Getting too warm due to direct radiation of sunlight and in result, damaging the comfort of residential environment.

Facing with these challenge, façade design changed to a dynamic idea adapting from Iranian house architecture. (Glazed roofs, halls and windows). This helped to control the intense sunlight and visual privacy.  The southern edge was considered as a reference for the rest of interior spaces. The color of the seasons and appearance of light and shadow to decorate the interior.

The integrated space in duplex unite were also metaphors of Mogharnass and symbols of Iranian halls. The design of night light also made these references more complete. 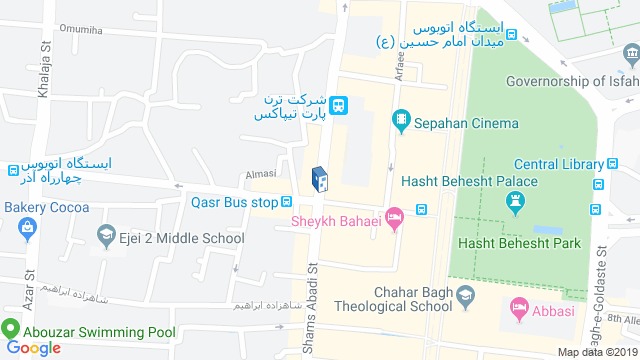 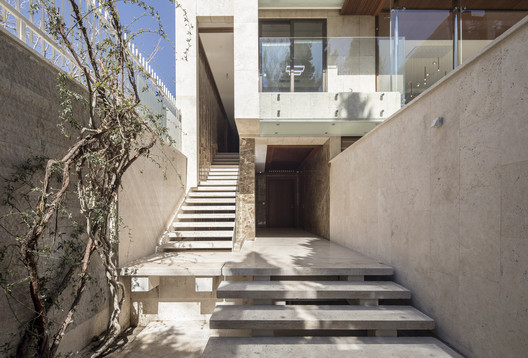