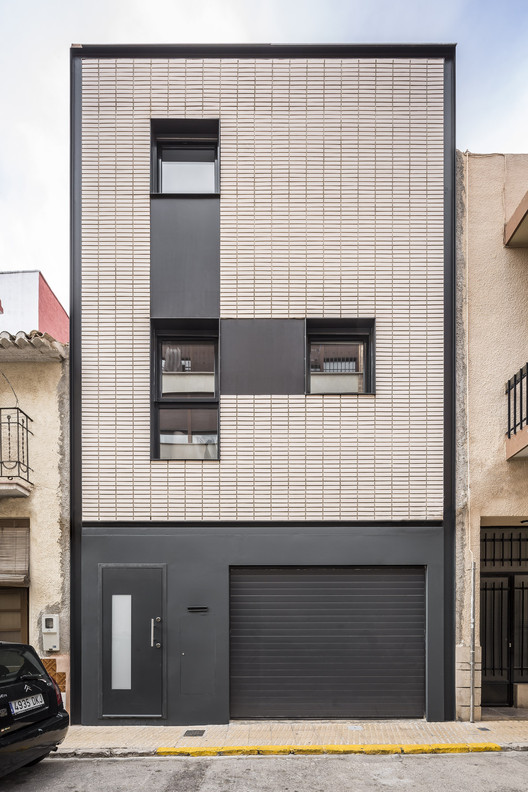 Text description provided by the architects. Housing building between party walls implanted on a plot of 112m2, with a single facade towards the street of 5.77m width.

The house is articulated by superimposing linear stairs located parallel to the left party wall, giving access to each of the floors.

The house is developed on three levels. On the ground floor are the entrance hall and a large area initially intended for parking. On the first floor are the living spaces and the service areas (kitchen, laundry), while the second floor houses the bedrooms.

To allow ventilation and natural lighting in all rooms of the house, two interior courtyards have been developed, one of them being the more public and larger central courtyard, around which most of the program is developed. Another courtyard of a more private nature is linked to the service area, located at the bottom of the plot.

The facade has been designed to be cross-ventilated. Its flat, geometric, modular and hollow controlled composition responds to the characteristics of the street: narrow and of little urban value.

This "hostile" environment has largely conditioned the design of the entire house. The house is projected inwards, displaying a sober and contained image to the outside. 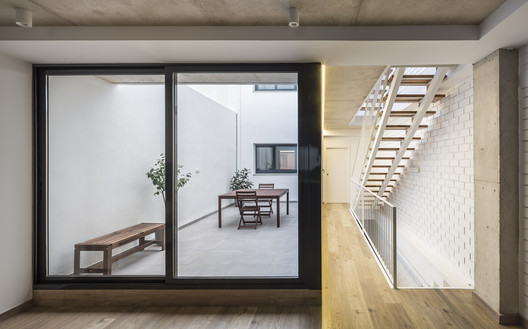