Text description provided by the architects. In order to meet the development demand of the long-distance and rapid passenger transport on the trans-provincial highway, the Hohhot government decided to build the Hohohot East Coach Hub Terminal, which is the center of national level coach hub and the important node among the highway, railway, aviation, urban bus and other intermodal transport hubs.

Urban space overlapping based on the concept of station-city integration
Adjacent to Hohhot East Railway Station to the south, the project makes use of the space of the bus terminal station and the railway station to form a north square on the ground to improve the transfer accessibility of the two stations, and connects the two stations and the north & south squares under the ground, links the urban space separated by the track through the underground non-motorized traffic and commercial systems, and guarantees the accessibility and continuity of the “aboveground and underground public spatial system”.

Functional layout under the principle of non-interference
Under the principle of non-interference, the project divides different areas for different functions. Instead of the traditional mode, the station building innovatively adopts the layout of “elevated waiting hall”, and provides safe, friendly, efficient and convenient travelling environment for passengers through the three-dimensional streamline mode of “entry at the top and exit at the bottom”.

Translation of large-span space by using ethnic elements as symbols
Taking regional culture as a metaphor, this project extracts "yurts" and "eagles" elements from grassland culture. The eagle is analyzed based on the structural morphology. Through echoing the eagle's shape by adjusting the Angle of the folding plate and repeating the folding plate unit, transforming the spine and ribs of the eagle into the structural language of "arch + rib", the building is endowed with natural order and the soul of the building is activated , which reflects the harmonious unity of the building and nature.

Space construction with GRCspecial-shaped hyperbolic permanent formwork as units
The project adopts GRC special-shaped hyperbolic permanent formwork units to build the space. Polyurethane foam material is sprayed inside the formwork for thermal insulation, ensuring the insulation and texture of the wall and saving labor and decoration costs. The fair-faced concrete texture of the formwork conveys the rough and massive body of grassland buildings, fits the bold and robust national personality of the grassland people.

Ecological design strategy based on regional climate characteristics
The folded plate arched roof with steep slope can adapt to the need of quickly removing snow on the roof in winter. The north-south overhanging and rising wind hood can capture the natural wind, and the projecting cornice can block the sunlight with strong radiation in summer. The opening of power skylight and side window can make use of wind pressure and thermal pressure effect for natural ventilation, delays the use of air conditioning facilities in the transition season, achieves energy conservation and environmental protection, and provides comfortable and friendly public communication places for citizens in different seasons. 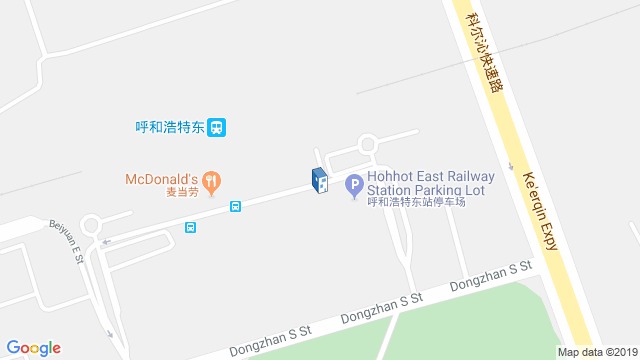 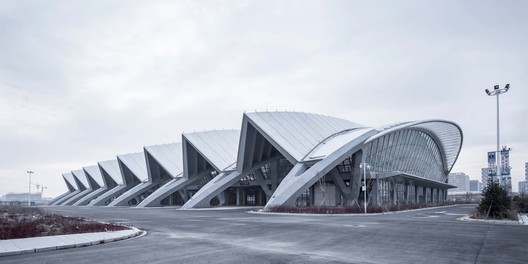