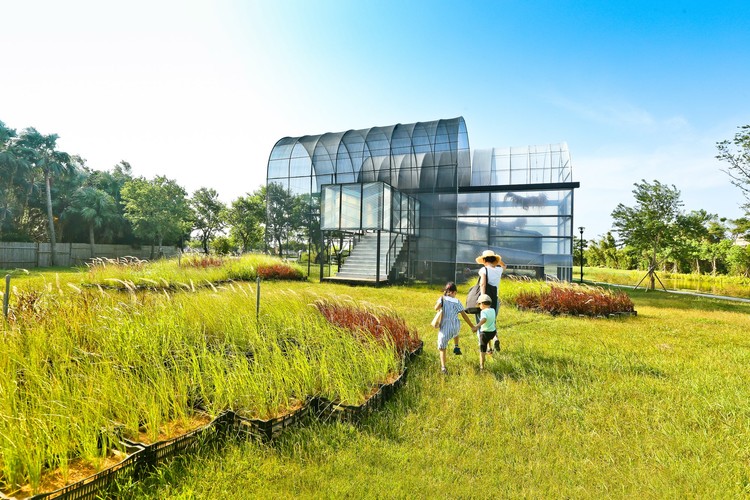 Since it deals with architecture as well as the curating of architecture, BIAS architects had the chance to do this in the Taoyuan Green Expo 2019, following the 2018 edition. Somehow, it has been a venture into the way in which the things of human life emerge out of nature and then go back to nature. Or, the way in which a building comes into place and later turns into ruins, but still preserves meaning for the people. Indeed, the building was first programmed and the ruins were later on, too, before that all could fade away.

In this context, four actions were planned on the structure left by the previous expo. The first was the de-layering of the pavilion, previously built by techniques for greenhouse construction. The many components of the construction were stripped down in separate forms, the like of geological layers, progressively revealing the inner core of the building. The second action was the redesign of the relationship between the building and the ground, where a system of artificial mounds was introduced in order to help nature taking over the foundation and the building.

This way, the spatial experience of the site was restructured, both extending the building space into the surrounding landscape and the nature of the building. The third was the construction of an elevated pathway, a vantage point the like of what can be found in archaeological sites, where different heights provide visitors with a feeling of historical layering.

All this was finally integrated with the curatorial program of the pavilion in the context of the Expo, which focuses on plant species and their use. The pavilion was exploited to address ‘herbs,’ those that first colonize the spaces of man. Actually, they do this so strongly, that every single day they knock at our doors. In history, we were so fed up with this that we started eating them, isn’t it? We have been using them to spice up our meals, as dietary supplements, and they ended up constituting the base of traditional kitchen and medicine.

They did so also because they enter so fast into any place, that they absorb all the many flavors, tastes, and elements left by the complexity of life on the surfaces of space. Actually, this is also the reason that makes them help us restoring polluted sites. Yes, it is, they are those that help us bring the human world back to nature. Not by chance, they have been exhibited in a pavilion going back to nature.

Within this, BIAS Architects developed a sort of ‘herb lab.’ Here, people could walk through mounds covered with indigenous herbs of all altitudes in Taiwan. Then, various species of herbaceous vegetation are displayed on planting shelves and introduce land restoration mechanisms. After that, there is a ‘plant tissue culture lab,’ which showcases how biotechnology regenerates endangered species and superior profit crops.

Finally, it is possible to visit a large drying hall where the traditional wisdom of ‘herbology,’ accumulated over the generations, is celebrated. This way, people can experience various connections between indigenous herbs, land restoration mechanisms, landscape, and human life. Indeed, at BIAS we trust in the indigenous herbs, and we know they can be the key to make our world sustainable again, to find the right balance between man and nature. 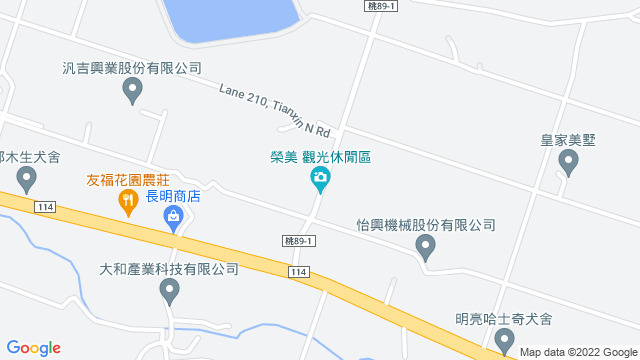 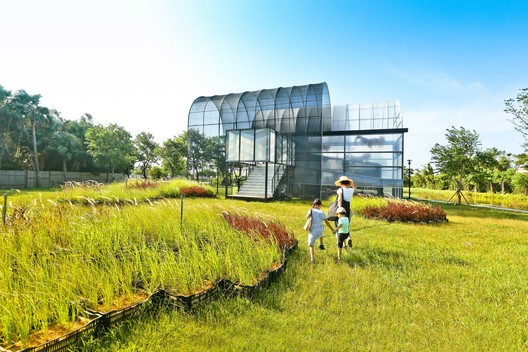