Frederico Babina is an Italian architect and graphic designer who creates artwork that focuses on the abstract replications of famous imagery and buildings. Through a strong focus on geometry and form his work represents a sense of innocence, inexperience and spontaneity throughout.

Through his series of works titled ‘Ideograrch’, Babina has portrayed architecture in a way that allows it to remain identifiable to the viewer whilst still appearing abstract. His representations of architecture say more about architecture as an influential tool in drawings as opposed to drawing and sketching influencing the architectural. He decomposes each architectural element into a series of shapes, constructing a sense of simplicity to each piece of work, which has primarily arisen from a more complex architectural form.

These images are somewhat simplified through their lack of colour and black line work, representing the concept of an ideogram. Comparable to Chinese characters, Babina’s series of work consist of simple strokes and bold lines. They represent famous architectural buildings without the use of specific words and phrases. 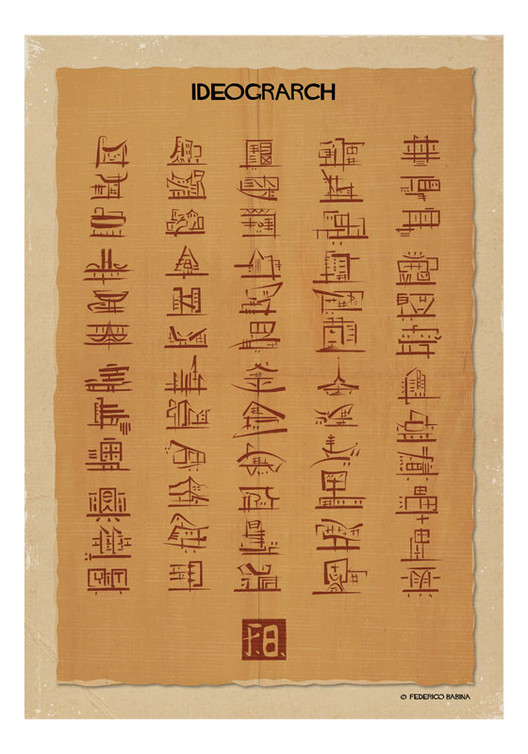