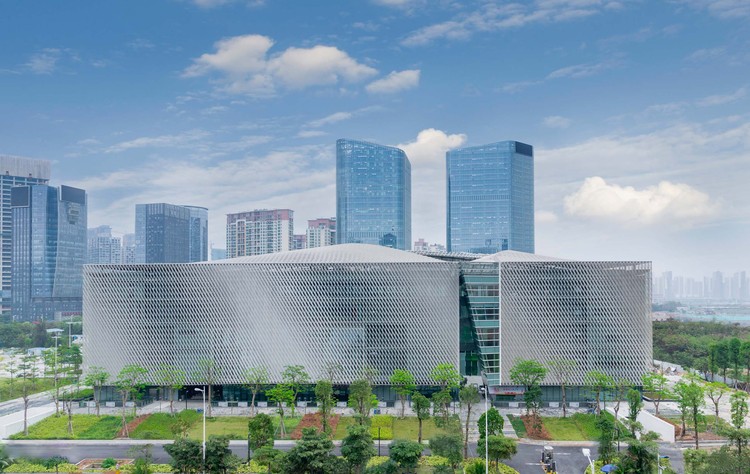 Text description provided by the architects. Overlooking Quanhai Bay and the South China Sea, Bao’an Cultural Complex is a masterplan of buildings that create a new public campus for the city while mediating between the coastal landscape and the more densely developed commercial areas further inland. The 110,000-square-meter scheme—which includes a library, cultural centre, as well as a performing arts venue—won an invited international competition. The Library and the Youth Palace and Cultural Centre were completed as part of the first phase. An additional performing arts centre is currently under construction and will complete in 2020, finishing the development.

The masterplan places the three buildings aligned on a central axis that extends from the inner city to the coastline. A series of public plazas interwoven in between join the structures into a cohesive cultural campus, offer new public gathering spaces overlooking the water and link the city and the coastline with a sequence of indoor and outdoor spaces.

The buildings’ facades are designed as organic forms inspired by Southern Chinese artistic traditions like wood and ivory carving. Each is encased in a perforated skin system that is modulated in different ways, creating a visually unified complex while defining distinct identities for the three structures.

Closest to the water is the Library, a 31,853-square-meter structure that holds reading areas, stacks, administration facilities, and museums and exhibitions hall. A soaring, 20-meter tall linear atrium extends the landscaped public plaza to the interior of the building and offers a public gathering place at the heart of the complex.

Beyond the Library is the 11,316-square-meter Youth Palace and Cultural & Art Centre. The building is conceived as two separate structures that radiate from a central outdoor courtyard and amphitheater. One wing houses youth-centered programming like technology rooms and children’s art centres; the other houses performance spaces, art studios, and galleries. The central courtyard and amphitheater act as a social core that connects the two wings and introduces natural light and ventilation to them both.

The 20,660-square-meter Performance Centre, currently under construction, defines the southern edge of the cultural complex where the building rises to greet the Bay. Retail and restaurants lining the base activate the street and connect the building with the city, while a grand staircase ushers pedestrians into the 1500-seat performance hall. The building also includes a smaller, 600-seat venue, and a structure tilted 15-degrees off the vertical provides public access to large rehearsal halls above the fly-tower with a view of the Bay and beyond.

Baoan is a new coastal urban centre in Shenzhen. The architecture of the new Cultural Complex embodies new aspirations and buoyancy. The ensemble of individual buildings and open spaces, acting as a group, will become more than the sum of their parts and activate the area in a new cultural heart. 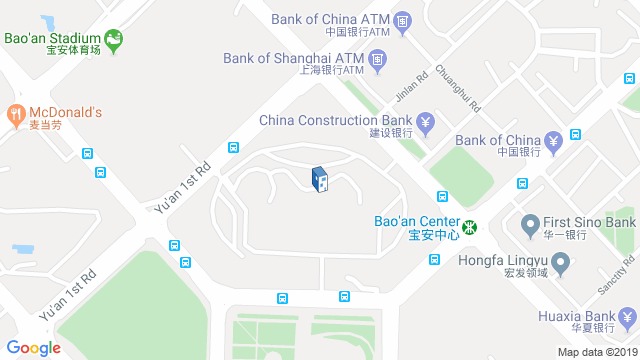 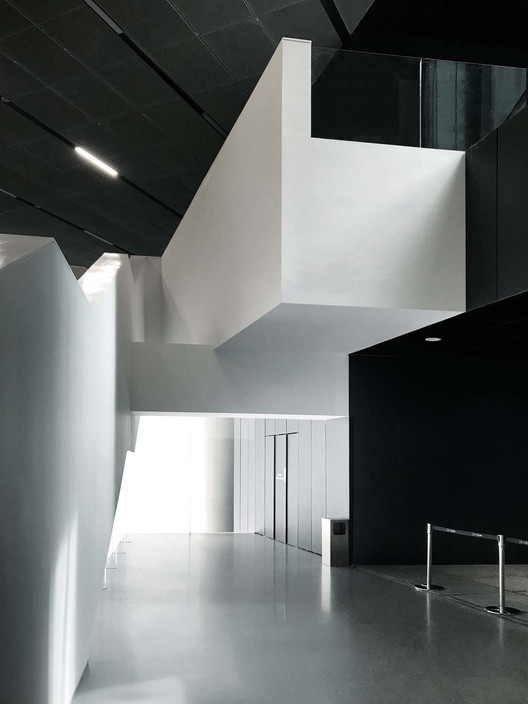 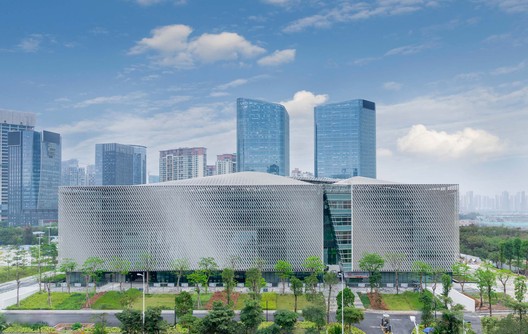