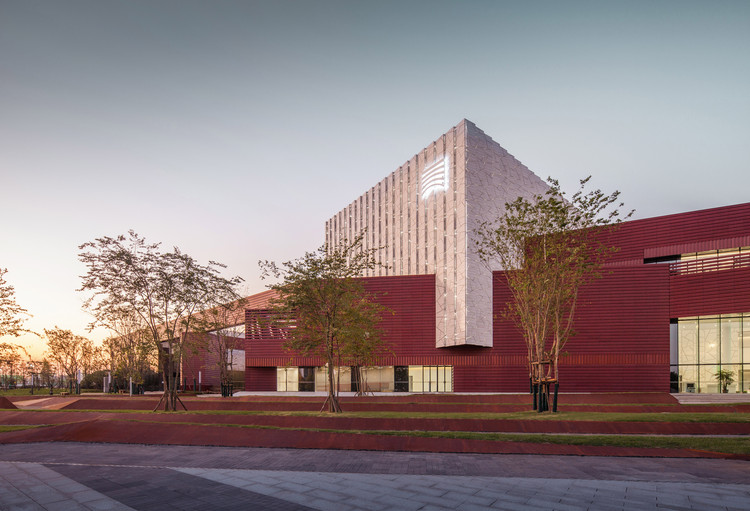 Vermillion Seal on The Bank of Xiangjiang River-Hunan Art Museum
Eliel Saarinen once said that "let people see your city, and they can tell you what the residents pursue in culture ." The architecture is a cultural phenomenon and a symbol of urban culture. The art galleries at the forefront of culture magnify their spiritual significance. We try to make Hunan Art Museum stand out from the overall environment of the city, while being relatively friendly and become a symbol of regional spirit with Hunan characteristics.

City and Space
The project is located in Changsha, Hunan province, on the west bank of Xiangjiang River, adjacent to Central South University. Several art buildings were planned along the river to form a unique cultural atmosphere. They are also an essential part of urban public space. We integrated the art museum into the urban space lightly, which also became the focus of the design.

The architectural complex consists of two independent functions: Hunan Art Museum and Home of Artists. The Art Museum provides display spaces for artworks; The Home of Artists is mainly as a theatre to carry out art dissemination. The architectural interface forms an introverted compromise with the city, continuous transverse lines around the synthesis of multi-dimensional space, slowly close the building form into a whole.

In the east of the site，there is a multi-level roof garden，which is a perfect place to rest and think. You can see the beautiful scenery of the Xiangjiang River from here. These open spaces interact with the outside, giving visitors an intimate and diverse experience of the place.

Colour and Light
"Red Hunan" has always been the most significant symbol of Hunan. Passion, decisive, bold, and unrestrained characteristics are at the bottom of their hearts.

We tried to bring this typical colour into the facade image of the building, which stands like a vermillion seal on the riverbank. We focused on the visual impact of the whole building, which influenced by the shadows generated of the scattered blocks, made the relationship of the blocks appear smooth and powerful with the help of the changing sunlight.

The red glaze pottery plates are used in most of the area, which produced an incredible colour effect in the light and shadow through the spatial relationships. Glaze influenced by sunlight changes, while the red pottery surface presents a rich, warm colour transition. And even the pure sense of the facade also can follow the change of the light. In the observation of march, it brings a shocking spiritual feeling，as if it is flowing. The white block looks like a vertical folding form of painting and calligraphy paper. When you come close, you can see the fine ice crack texture hidden behind the glaze. The glaze reflects vibrant colours of surroundings, making the colour of white volume changeable and profound. The red lines interlaced with each other, forming a building void and robust, rigid and soft, Yin, and Yang fusion carrier. 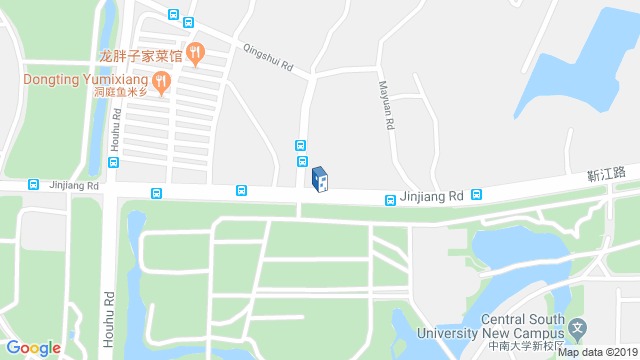 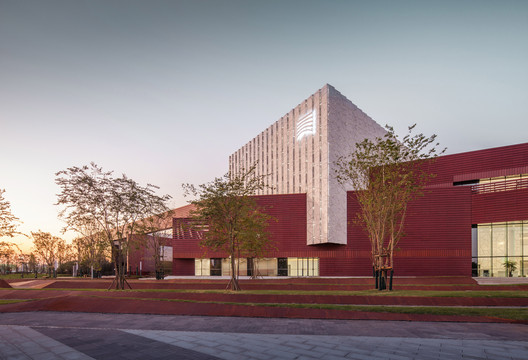