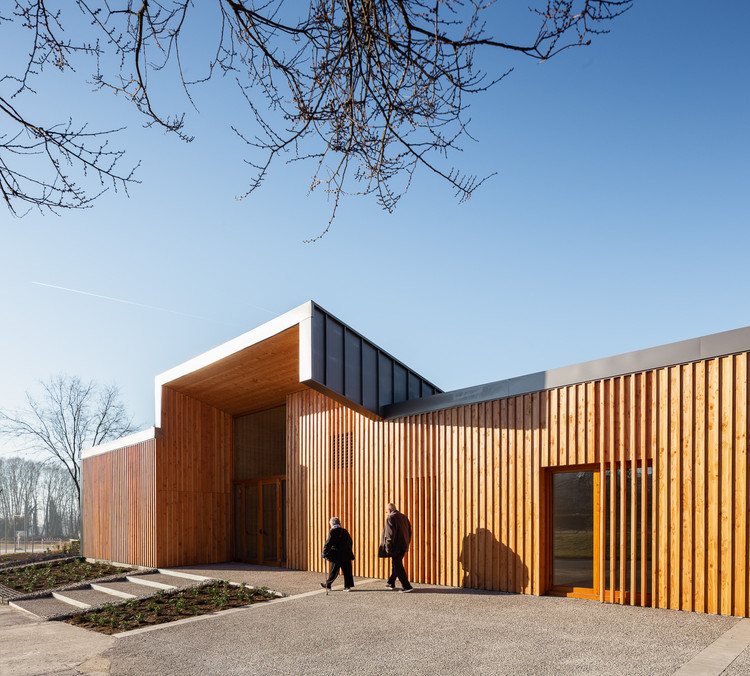 Text description provided by the architects. The Casal has been designed from CPVA in close collaboration with the municipal technicians and the Association of Pensioners and Pensioners of Palaudarias, giving rise to a facility that responds fully to the demands of the users and the demands of the promoter, without leaving On the other hand the architectural sensitivity and the environment where it is located.

The building is located on an island of municipal facilities where there is also a Nursery School and a Civic Center, at the foot of the Palaudàries highway. It has a single floor of 490 m2 built and has: the main hall, with access from the road, and a large multipurpose room with possibility of operation as 1 room, 2 or 3 independent depending on the use, with facade in the inner space of the island, where there is the courtyard of the nursery school. On one side of the main access, with a facade on the street, there is a kitchen, with its warehouse and an attached warehouse, and the exit to a terrace where it is planned to install a barbecue. On the other side of the main entrance, also with façade on the street, there are the rest of the rooms and services, which are two offices, a hairdresser's shop and two general toilets.

The project has successfully tackled two challenges, the first to build a building with energy rating A (maximum energy efficiency), and the second to do the project with the BIM methodology (Bulding Information Modeling).

The maximum energy efficiency has been achieved by orienting the building well, increasing the thermal insulation by 200% and installing high-energy installations in air conditioning (aerothermia) and lighting (LED).

The BIM methodology consisting of creating a 3D digital model of the building, integrating Architecture, Structure and Installations, has allowed to achieve an efficient collaboration and communication between the different technicians in the design phase, one Comprehensive technical and economic control in the construction phase, and a 3D digital model of the building that is faithful to the constructed reality that will allow it to manage and maintain the property throughout its useful life.

In the most architectural aspect, an innovative system of structure of contralaminated wood panels has been incorporated which integrates the structure and the defining enclosures of space in the same element, which is also the final finish, achieving a great warmth and comfort for the users.

The building is organized through these structural wooden panels, which define all the spaces and the volume of the cover, designed with different heights and slopes according to the functionality of the uses. Thus, in the halls of activity there is more height, and the areas of circulation, offices and services are lower. 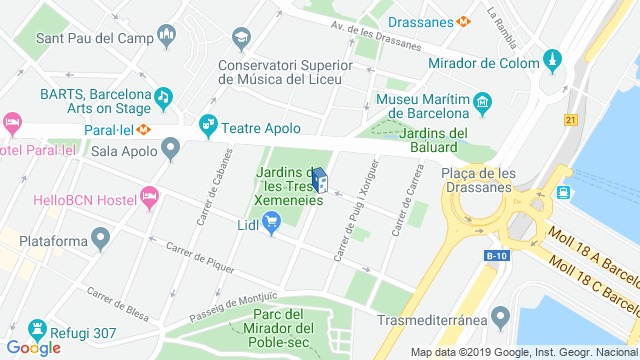 Location to be used only as a reference. It could indicate city/country but not exact address.
Share
Or
Copy
About this office
Codina Prat Valls l Arquitectes Associats
Office
•••