Text description provided by the architects. Kanazawa is an old castle town on the Sea of Japan, famous for its tea-house districts and traditional crafts. Within this unique context, we proposed a hotel that serves to introduce foreign and domestic guests to the local community and its history.

The hotel is named after its concept: KUMU. This is a Japanese verb with many nuances: depending on the context, the word can mean “to join” (組む), “to draw out” (汲む), or “to pour” (酌む). In a larger sense, “kumu” relates to the links between people and places (joining), empathy (drawing out and reading another’s feelings), and the spirit of hospitality (pouring someone a drink).

This concept leads to a hotel that is inclusive and engaged with its context. Housed in a renovated office building, the hotel includes options ranging from dormitories to suites to accommodate the diverse needs of travelers today. In dialogue with Kanazawa’s tea houses, a tea salon on the ground floor “joins” the hotel to the community and entices guests to explore other places in the city. “Kumu” also appears in other places. Traditional Japanese joinery was used for the timber grid in the lobby, which also serves to support modular wall panels for subdividing the space. The custom-designed furniture joins different textures and materials, while the screens in the guest rooms feature grid-like detailing.

Drawing on the local context, pouring guests a cup of tea, joining people to a place and to one another: this is what KUMU is all about.

Japan has a long tradition of inns called ryokan, and these have historically formed the infrastructure for visitors traveling throughout the country. Hotels are a modern development, but that perhaps also means that it is something that is easier to imagine anew. 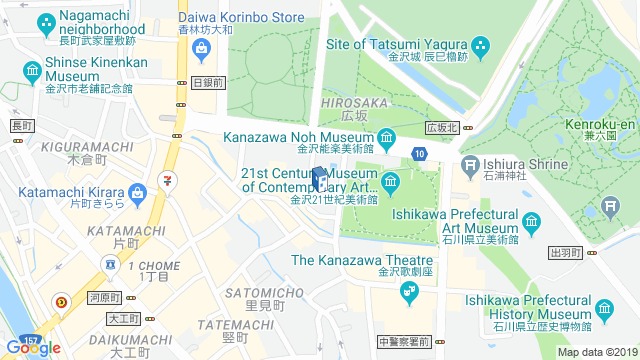 Location to be used only as a reference. It could indicate city/country but not exact address.
Share
Or
Copy
About this office
Yusuke Seki
Office
•••