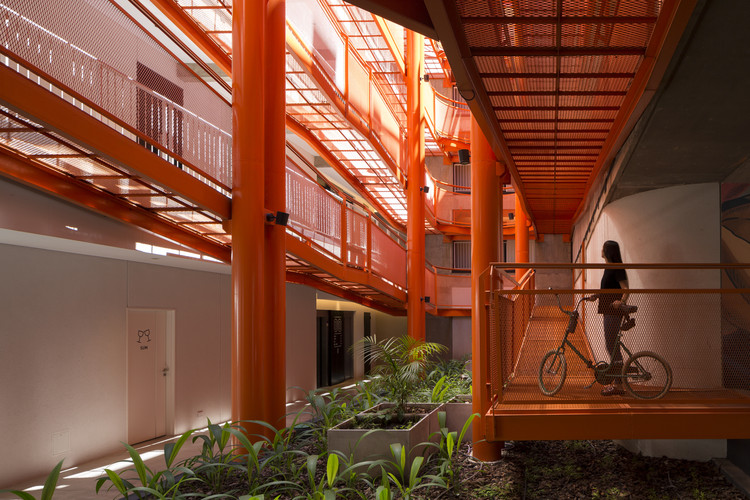 Text description provided by the architects. Casa Ho is located in a corner of the Donado-Holmberg corridor, as part of the new urbanization that is generating a modern, young neighborhood with its own characteristics. The building is related to an important centenary tree that is a neighborhood icon. On the ground floor of the building a commercial base was proposed designed for a medium and small scale offer, which generates a healthy coexistence with the current dynamics of the neighborhood, more reserved, bounded and not as metropolitan as in other sections of the corridor.

On the upper floors there is a mix of typologies ranging from studio apartments to some 4 and 5 room units, with their own terraces equipped with natural grass, grill, large dimensions and a small private pool. The studio apartments and the 1 room units also have deep expansions and own grill. The most striking feature of Casa Ho is the bicycle ramp that runs through the entire central courtyard of the building from the Ground Floor to the Fifth floor, allowing all users of the building to enter through an independent door to an ascending circuit with which they can leave their bicycles in a series of parking spaces strategically located on each floor (with space for 40 bikes per floor). This ramp also generates in the courtyard of the building a landscape whose exoticism acquires value for itself, and consolidates a bike friendly proposal that is played for a concrete and radical contribution regarding the use of the bicycle as an urban transport.

Among the amenities and spaces of common use of the building, in addition to the usual ones such as laundry, gym, swimming pool, 24 hour security, some atypical proposals such as the possibility of a double SUM with sliding panels to integrate or subdivide its use, a microcinema stand out fully equipped, a lounge space (living outside) with its own grill on the roof of the building, a “siestario”, (space for contemplation and rest surrounded by fruit trees, also on the roof), and a rehearsal room equipped with musical instruments and professionally accustomed in the basement of the building. All these amenities, as well as the general common outdoor areas, such as the central courtyard, the apple lung and the common use terrace has the landscape design of the Bulla Studio, currently iconic name of the Argentine landscape panorama- In the entrance hall of the building, accompanying the beginning of the bicycle ramp, a mural by the renowned Argentinean graphic artist Francisco Pastel, integrates the perception of the hall from the outside and joins the concert of urban murals that characterizes the neighborhood , referring to the historical origin of the land: the abandoned trace of the truncated project of the Ex Au-3. In conclusion, Casa Ho is a work that takes the highlights of the neighborhood, enhances its identity and elegantly accommodates its innovative, radical, but context-sensitive proposal. 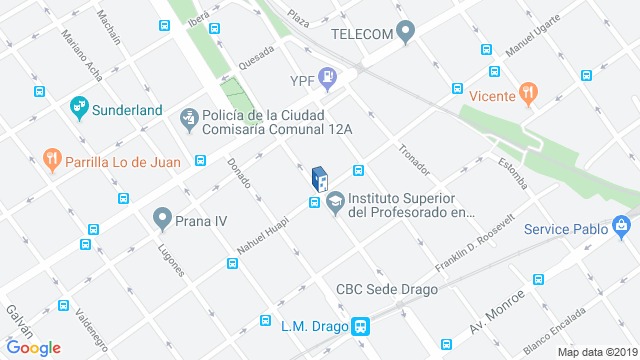 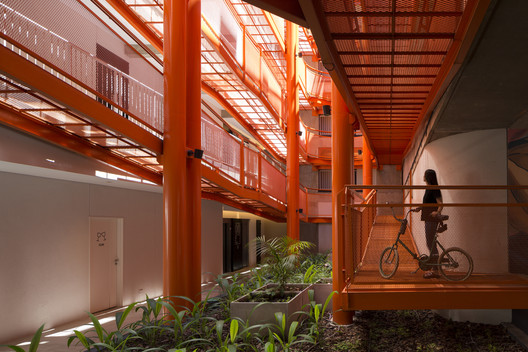