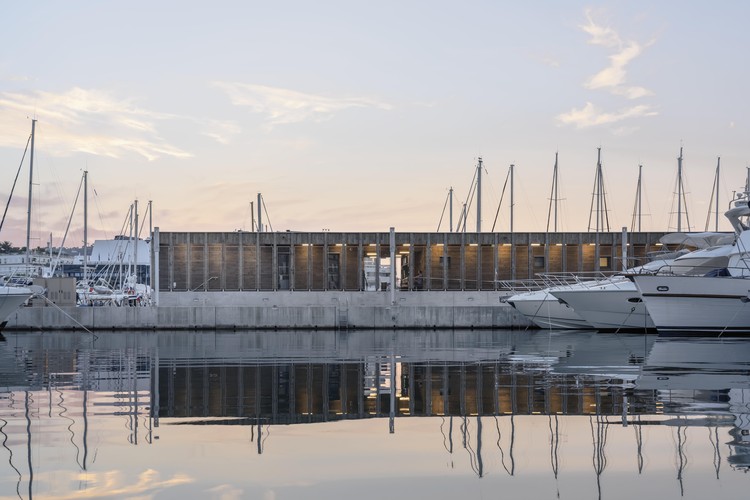 Text description provided by the architects. The port of Cannes is situated between Suquet Hill and the Palais des Festivals. It borders the dike to the south and the Allées de la Liberté-Charles-De-Gaulle to the north. It was a sheltered beach until 1838, when construction began. The port has undergone a series of transformations and expansions in response to new requirements. The project’sobjective is to offer new services, at the heart of the water, near the boaters. As part of the waterway development project, a competition was launched in 2009 in which the call for tenders was closed. A second competition was launched in 2013. Its building permit wasn’t granted, the call for tenders was unsuccessful and as a result, it didn’t go through either. A submerged box will be built in order to store the technical equipment which is required for the functioning of the port.

Lines and points / a constructive thought at the service of use.
All the elements of the program are housed in a volume which has a simple parallelepipedic form. The wooden structure sits on a concrete base spreading across the existing stumps. Spanning only one level, it perches naturally on top of the area covered by the existing submerged box. It stretches along the main wharf and forma a close relationship between the calm water of the harbor and the landscape in the background. Placed between inside and outside, the servant spaces are situated along the periphery of the building, along the facade. Punctuated regularly by posts, it is like an anamorphosis of the limit of public space. It unfolds, like a light, transparent and ordered matrix. This succession of posts creates a vibration and a subtle rhythm on the dock. On the contrary, the served spaces are maintained in a plane with opaque facades. They are covered with a patterned cladding sensitive to the particular light variation of the marine atmosphere.

Rigor as a guide
Setting out a project on this site comes with considerable constraints from the onset. The presence of the submerged box imposes a particular positioning of the load bearing structure as well a structure that can be adapted to the loads that can be received. In addition, the constraining nature of the site and its position on the busy port reduce the area of the construction site to its simplest form and make the supply of materials difficult. Faced with such demands and faced with relatively short deadlines, we chose to build using the dry construction system. The concrete base is composed of prefabricated elements which are layed out following the the wooden poles’ frame. Wall elements composed of CLT panels framing and thermal insulation were assembled in the carpenter's workshop and then transported by truck to the end of the harbor, and finally moved by barge to the work site. The size of each hoisted element was dictated by its weight. The facades are protected by cladding laid out either vertically or horizontally depending on its exposure to the weather. 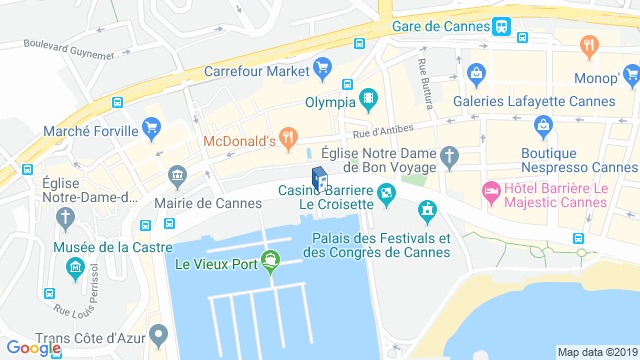 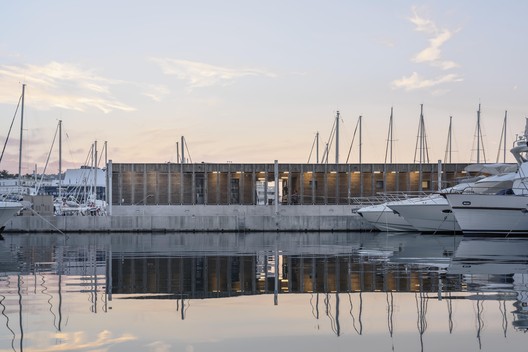