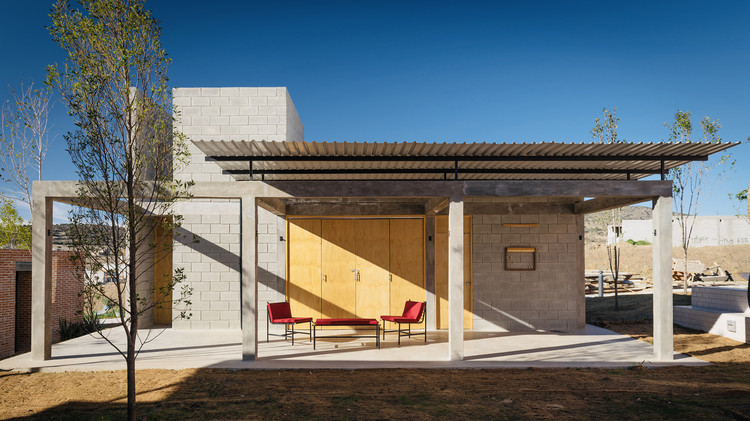 Text description provided by the architects. It has never been a secret that, beginning with the industrial revolution, cities experienced an unprecedented growth. People, driven by better life opportunities, left the countryside and ventured to live life in cities that were growing frantically at the pace of progress. During and after World War II, Mexico¾which is a country with a large rural area¾experienced similar growth. Large buildings were built, major housing projects were promoted, cities were created ex novo, public policies promoting the growth of cities were approved and, without realizing it, we entered fully into modernity. Mexico ceased to be rural to become metropolitan, concentrating almost 80% of its population in the cities (according to data from the 2010 census of INEGI).

After decades of focusing public policies on urban centers, the decision was made to turn to the countryside to give back some of the much it has given us. Called by the Research Center for Sustainable Development (CIDS, for its Spanish acronym) of INFONAVIT, Open Source or Creative Commons projects were developed to analyze and prove that it is possible to develop rural social housing in a different way.

One of the premises stipulated for this Assisted Self-Produced Rural Progressive House is that it should remain in the category of affordable housing and be subject to federal funding. The main plan of the house contemplates a concrete terrace on which a reticular concrete structure unfolds. One part of the structure contains the main housing services¾toilet, kitchen, living-dining room, and bedroom¾while the other allows for immediate growth. Just as in vernacular architecture, the growth of the dwelling is meant to be achieved with the resources of the resident, without jeopardizing the integrity of the property or that of its dwellers.

The idea behind this Assisted Self-Produced Rural Progressive House is that, with due time and growth, this primeval cell becomes only a nice reminder of the seed that allowed for that growing. 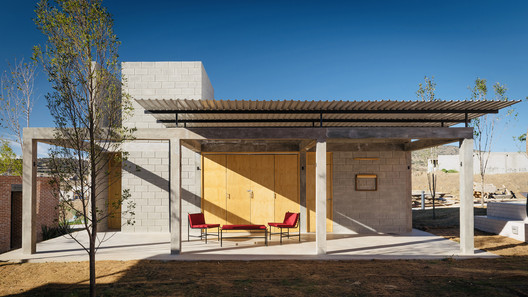