Save
The Reception of Jiufeng Village / Rural Culture D-R-C 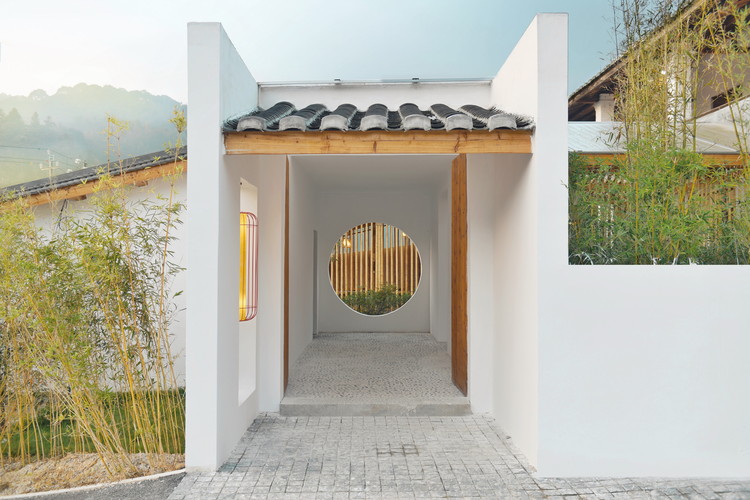 Text description provided by the architects. Jiufeng Village is located on the North-Peak Mountain (BeiFeng) of Fuzhou, surrounded by picturesque hills and streams, known as "the rear garden" of this city. It is a hot spot for Fuzhou people to spend their weekend in nature. However, the space for tourists is limited in Jiufeng Village because of its mountainous terrain. The primary problem should be solved by our design is how to use the limited space to enhance the reception capacity on weekends, in the mean time, provide an effective public space for locals on weekdays.

Many old houses in the village are not appreciated by locals. There is such an old building， the owner of which has three sons. The sons got married and built new western-style buildings beside the old house. Only the father stayed in the old building, occasionally gaze into the distance in the old corridor and think of the past. Therefore, by many times of communications and negotiations, the owner agreed to rent out the old house. We eventually had the opportunity to turn the deformed old house into the rural reception.

In order to let more villagers to realize the value and charm of their old houses, we adopted the idea of retention and reinforcement and only add a modern and comfortable toilet behind the house. Some brick columns and timber beams of the old house have already been damaged, even great bending deformation. We rebuilt a new column to substitute the damaged one by supporting the roof truss in advance. This is a common way to repair traditional architecture, especially change columns that support roof above. For the bending beams, we straightened and reinforced the old and doubled the quantity of beams. The wall was kept and open to public like all traditional Fuzhou architecture do.

Other parts around such as fence wall, gatehouses and warehouses were all in poor condition and cannot be retained. As strategy of maintaining the original mechanism was set, they were rebuilt according to the location and volume of the previous houses. It is not necessary to carry out the "antique" design, so we interpreted it in a modern way. The gatehouse and concierge adopted the simple-wall language that use a single concave roof and transparent double roofs between walls to express the understanding of original roof space. At the same time, we decided to maintain the original posture of the main building in the direction of the entrance.

The core purpose of the entire renovation is to create a large-scale "reception" that accommodate visitors, hold meetings, trainings or tea gatherings. More space is needed as the original space is not adequate for these functions. So we picked the vacant area close to the rooms that farthest from entrance to create a large room in order to lower down effect to the old house. Bamboo seems like the most appropriate material considering cost and construction, however, it is challenging to build a large column free space by bamboo structure. Concerning to the original spatial pattern, our highest point could not be higher than the cornice of the old house while the lowest point could not be lower than the gatehouse.

After continuous consultation with bamboo craftsmen and manufacturers, a concept of bamboo truss was proposed that use bamboo to completely simulate the practice of steel pipe trusses, also, strengthen the weak joints. The pillars of the bamboo shed were closed with six 8cm original bamboos and a diagonal bamboo-brace was added as an auxiliary unit in order to ensure the structural stability and integrity. The whole frame system of bamboo was complex to be built, it’s construction relies on the experienced bamboo craftsmen and workers on site. Meanwhile. in order to increase the anti-pulling performance of the entire top, the direct pulling bamboo wall system was added on both sides. The bamboo room has a uniform and subtle shape. The windward side is low, and the leeward side is maximally pulled up, in responds to the possible strong wind.

The entire house is situated on a slope, facing streams and distant hills. The garden design is based on the method of "borrowing scenery". We replaced the fence wall with reed and mountain grass. The bamboo reception subtly opposite to the ancient pavilion by the distant stream, which becomes a corner of the picture of reception looking out with green trees and distant mountains, bring out the best complement to each other. The courtyard is dominated by common bamboo forest in the mountainous area of Fujian province. As the old house is close to the mountain, flood discharge is a big problem. Therefore, we used rocks from mountain foot to build several small reservoirs which store surface water when it is rainy, and also can be used for fish farming. A drainage ditch is excavated in case of the heavy rain in mountainous area.

Although Jiufeng village has beautiful landscape, the entertainment equipment and fitness facilities here were quite deficient. Children in the village mostly play in the streams whichmay be dangerous due to changing depth, soft sand and loose rocks. Therefore, we proposed to build a small outdoor swimming pool for kids on the hill in front of the reception for swimming and after-school recreation.

After the rural reception was built, it has become one of the must-see attractions of Fuzhou BeiFeng Tourism. The completely open design welcome everyone to sit and sleep here. The preserved old house dramatically contrasting the three neighboring western-style buildings of the sons. It is hoped that tourists' attention and love for our reception will gradually change the opinions of villagers, to build fewer western-style houses, and to respect and love traditional buildings. 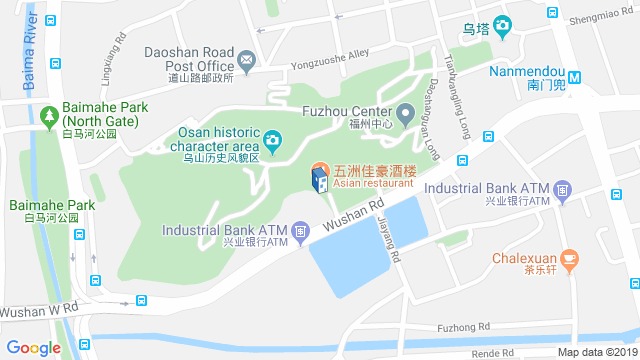 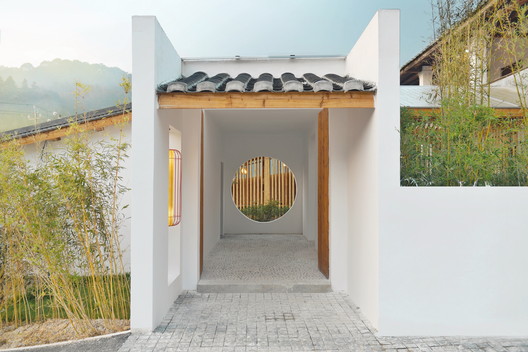