Save
Paul Andersen and Paul Preissner to Design the U.S. Pavilion for the Venice Biennale 2020
Share
Or
Copy

Paul Andersen and Paul Preissner were selected to curate the United States pavilion for the 17th edition of the Venice Biennale. With a proposal entitled “American Framing”, the architects will try to respond to the general theme of “How will we live together?”.

The 2020 biennale that takes place from May 23till November 29, in Venice, Italy, revolves this year around Artistic Director Hashim Sarkis’ coexistence subject. The final selection for the curators of the U.S. pavilion was made after a competition, where Paul Andersen and Paul Preissner won the open call. Both Associate Professors of Architecture at the University of Illinois at Chicago, the institution responsible for organizing the exhibition of the United States Pavilion in the biennale, Paul Andersen is the director of an independent architecture studio and Paul Preissner runs his eponym firm.

For the U.S. installation, this year, the architects are aiming to create a project that will highlight “the conditions and consequences of American wood-framed construction”. The intervention named American Framing will put in place a new interpretation of the 1930’s national pavilion “by completing Delano and Aldrich’s aspirational American Palladian project with a work of ubiquitous domestic architecture”.

How Will We Live Together?: Hashim Sarkis on the Venice Biennale 2020

They have also added that “George Washington Snow’s balloon framed warehouse introduced softwood frame construction, known then as “Chicago Construction”, to the United States in 1832. By the turn of the century, it was the standard way to build. Abundant material, simple construction, an ability to be built by low or unskilled workers, and the growing economies and population of the American Midwest proliferated a construction system that has since dominated the country’s built landscape. It also flattened typological and class distinctions: everybody lives in wood framing”. Finally, American Framing aims to elevate the status of “the country's most significant contributions to architecture”, the least intellectually acknowledge influence. 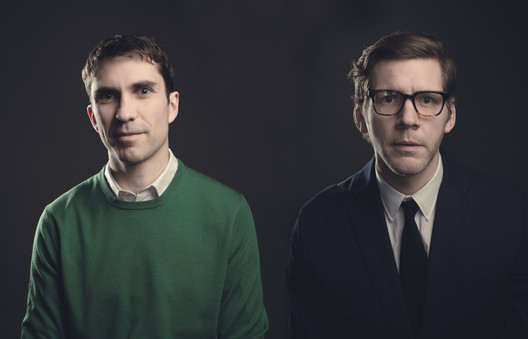