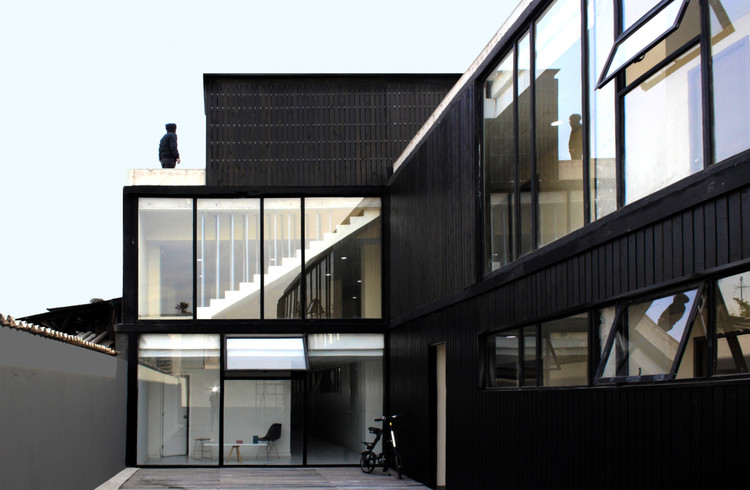 Text description provided by the architects. The Bascuñan project is the creative response to the open call made through a private competition that sought the best design and space for a building with a mixed program: a hotel for immigrants and a small clinic in a traditional sector of the south-central part of the commune of Santiago.

The building is located at the corner of the streets Bascuñán Guerrero and Manuel de Amat in the so-called Barrio San Eugenio neighbourhood. This is an area of great historical and urban value, known as the capital's labour and railway district, which began to take shape at the end of the nineteenth century with the construction of the Maestranza San Eugenio of the railway company, on the western edge of the city.

The first residents of this strip of land west of the Equestrian Club were families who moved to the capital from the countryside and the saltpetre centres in search of better life opportunities. Thus, the purpose of the project is consistent with the historical identity of the neighbourhood.

The building is designed respecting the main characteristics of the existing urban fabric in terms of volumetry, the continuity of facades, heights and proportions, respecting the city and the practices that it has accumulated over time.
The building is located facing west with a small parking space that dampens the sounds of the Bascuñán street.

The construction is made of reinforced concrete generated by a structural grid of pillars and beams every five meters, stiffened with perimeter walls allowing flexibility in the floor plan, keeping future transformations of the building in mind.
The building has two floors plus a basement. It is a single volume that manages to hierarchize the spaces and to mark the access. An access socle is constructed on the north side, allowing access to the different programs. A transparency on the second floor is generated on a height that allows the observation from the interior out but does not permit to be observed from the outside in.

This unique volume is fragmented in its centre, generating a small patio of light for the rooms and the circulations. In addition, the project is separated from the adjacent properties generating another patio, an outer space that visually articulates the project.

Bascuñán is a building where very different programs coexist. The service and parking areas are located on the basement level. Two different programs share the first floor, a clinic and a hotel for immigrants. The lodging with 40 rooms and a living room that is projected on the terrace of the building as a recreation area for the transitory inhabitants are developed on the second floor.
The building stems from the need to grant a dignified first accommodation for people who come to the country in search of better opportunities. 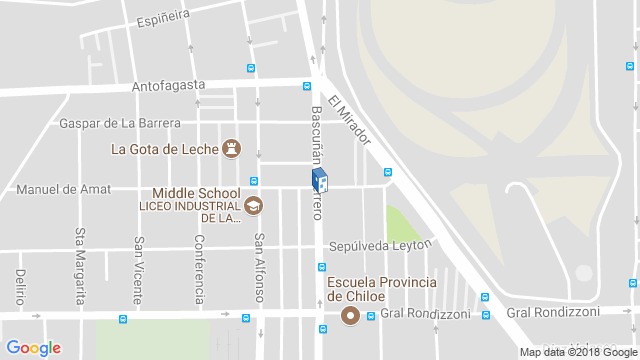 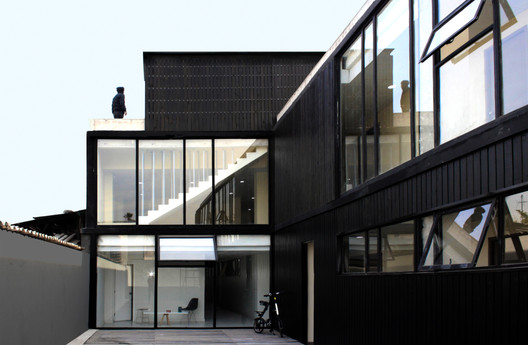