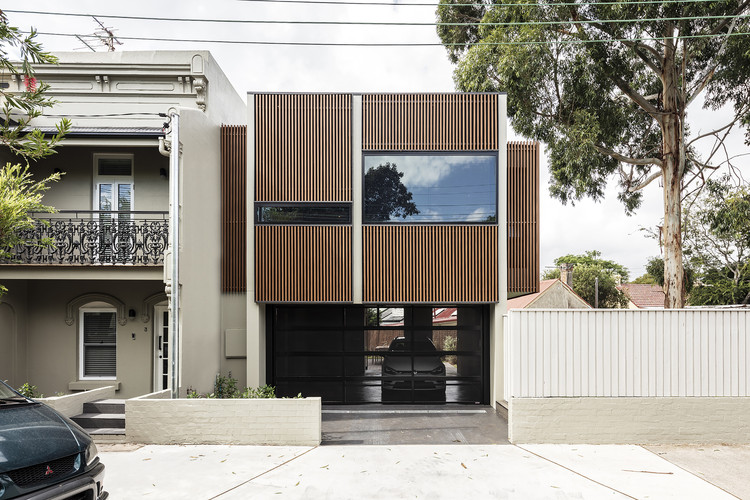 Text description provided by the architects. The starting point for this project was a dilapidated Victorian terrace that had been unlived in for 20 years. The concept sought to bring life back to this dwelling by restoring the original terrace and adding to it with a contemporary aesthetic that complements the existing and raises its amenity to the standard and requirements of today’s lifestyle. The approach was to integrate the new with the old by acknowledging the existing row of terraces and applying a scale and proportion to the addition which is in keeping with that created by the row.

Whilst considered a renovation, the entire existing dwelling was attended to with extensive remediation works performed to bring it back to a structurally safe and livable state as well fulfilling upgrades to today’s standards and codes. This site presented a raft of challenges which needed to be overcome. These include an irregular (triangular) shaped site, working around the constraints created by stormwater infrastructure in proximity to the proposal, bringing light into a typically dark terrace and designing to the stringent prerequisites of a flood zone and the site falling below a flight path.

The resultant design adeptly works through all the challenges and presents an exceedingly comfortable family home, which acknowledges the streetscape and integratesthe new with the beautiful character of the old.