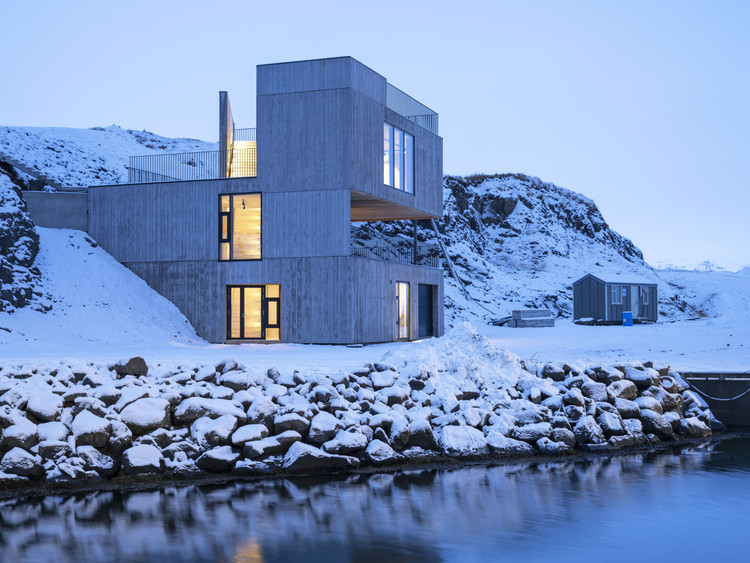 Text description provided by the architects. Placed just a couple of meters above sea level overlooking Borgarfjordur Eystri, its harbor, and Hafnarholmi, the Visitor Centre appears as a precise square-shaped monolith guarding the harbor and its surroundings. A monolith is divided into a series of spaces, interior, and exterior, facing different activities and landscapes in the area; the sky, the deep blue fjord, the characteristic mountains, and the local biosphere.

Iceland is truly an island with a remote location in the middle of the Atlantic Ocean. With the majority of the country’s inhabitants living on the southwest corner of the island, Borgarfjordur Eystri has a remote location being the northernmost fjord of Iceland's East Fjords. Iceland has a population of 360.000 people and is visited by over two million tourists each year. Despite vast distances and sometimes difficulties to access, Borgarfjordur Eystri has not been spared by the increase in tourists to the country in recent years.

The Visitor Centre is situated on the outskirts of the tiny village of Bakkagerdi, inhabited by a mere 130 people. Seafaring and farming are still the major local industries, but tourism is growing rapidly.

In 2015 the municipality held an architectural competition for a building on the waterfront, a place to serve the needs of fishermen and harbor authorities as well as being a focal point to service tourists. The area has extensive birdlife, with migratory birds such as eiders and puffins gathering in the summertime. About 40,000 tourists visit annually and the new building is expected to ensure a minimum interference between the activities of the harbor and the activities of the tourists.

Since the building is shared by locals and tourists its function will be variable throughout the year. In the summertime, the focus will be on the many tourists visiting the area to see the puffins in the small peninsular by the harbor. In wintertime, space can be used by the locals for smaller cultural and social events. The ground floor of the building is primarily used by port authorities and fishermen and it houses a small port office, bathrooms, and a garage. The first floor houses a small café and the second floor is an exhibition space that will have exhibitions focused on showing aspects of the surrounding nature, the sea, the seals, the mountains, and the birds.

The building is a cube-shaped monolith where alternating sections have been cut away to allow for outdoor spaces around the building. A diagonally positioned staircase connects all of its three floors, separating each floor into an interior and exterior space and allowing the cube to wedge naturally into the landscape.

The building is a total of 345 square meters and can be entered both from the top level and the ground level. The building has a robust character and materiality that accommodates the nature of its different users well and also enables it to be unmanned part of the year. The texture of the building emphasizes its simple nature and humble existence in the spectacular surroundings. The in-situ cast concrete is mixed with colorful regional stone aggregates giving a rough and variable texture that changes throughout the day and the seasons. The building is simple in execution, with polished concrete floors and black steel railings, doors, and window frames. 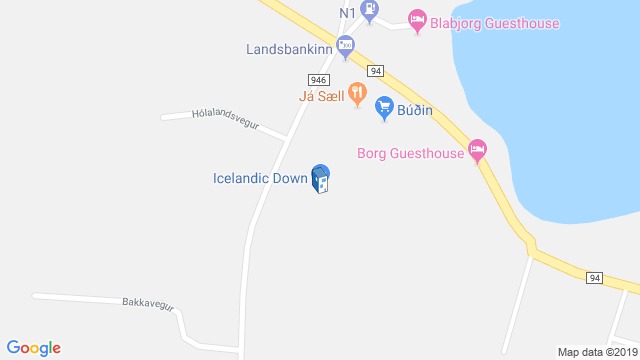 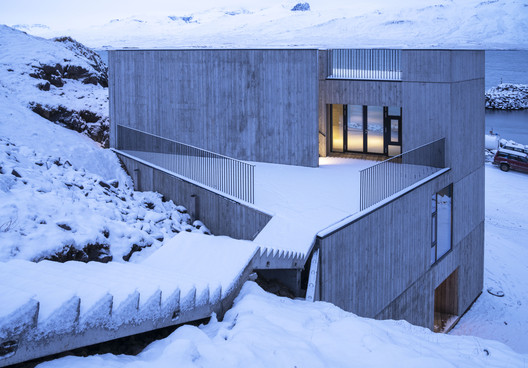 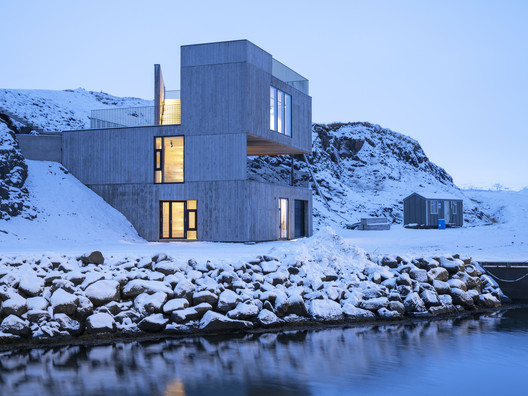