Heatherwick Studio has released their latest images for the 1,000 Trees Development in Shanghai. Dating back to August 2019, the images showcase the construction progress of the 300,000-square-meter project, with the near completion of one of two mountains, set to open in 2020. 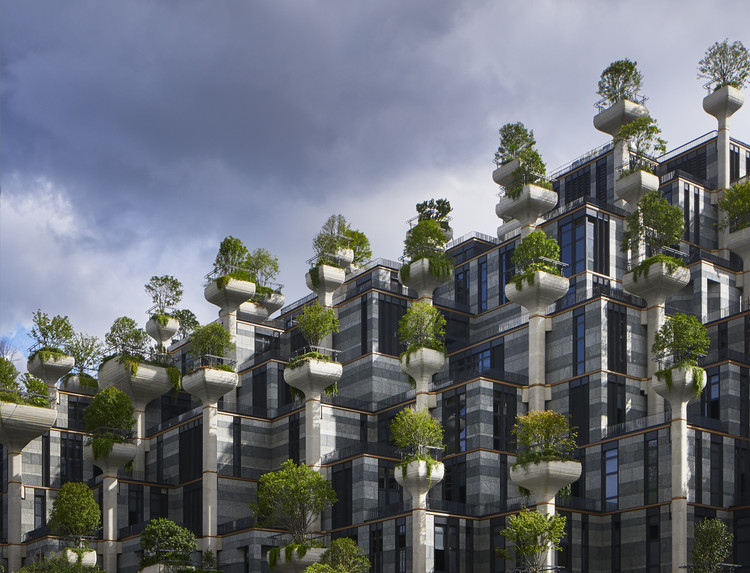 Located close to downtown Shanghai, the mixed-use project 1,000 Trees, as its name states is a structure covered by trees, imitating a hill-like topography. In fact, the design puts in place concrete structural columns that widen at the top to create large planters to hold the 1000 trees of the development. Also situated near M50 arts district and a public park, Heatherwick Studio imagined a green mountain in a relatively dense but flat city.

The latest released pictures show a 15 acres project without scaffoldings, near completion, in perfect interaction with its context and the adjacent river. Commissioned by the developer Tian An China, the intervention extends on 2 plots, connected by a governmentally owned land, and integrates existing historic buildings. 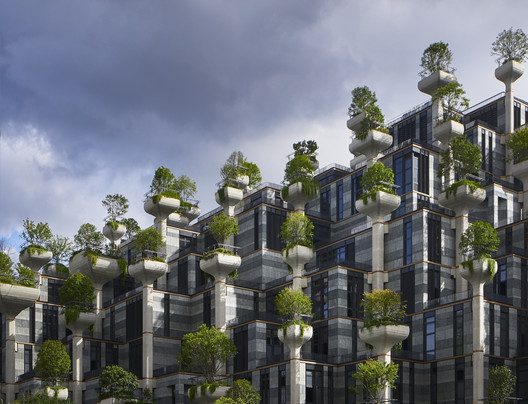