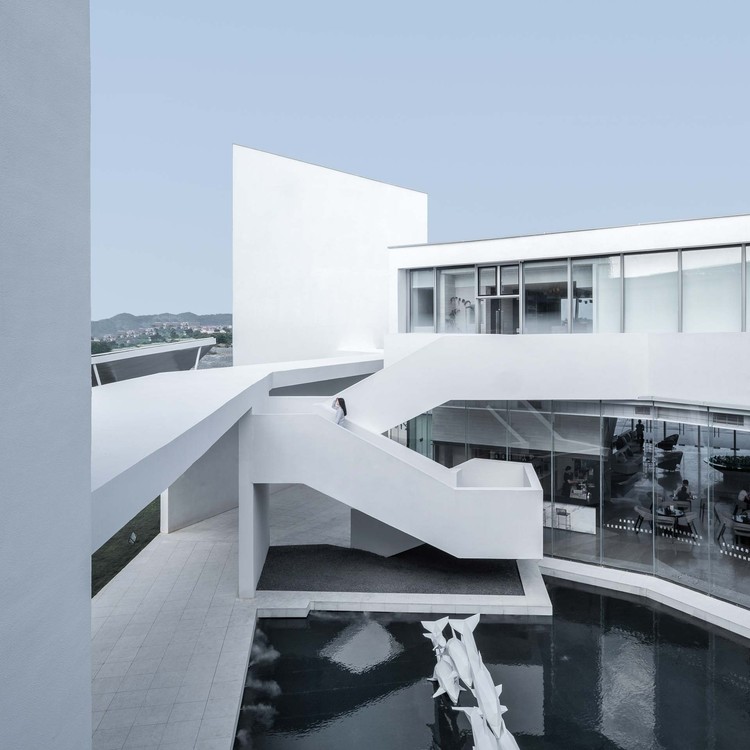 Text description provided by the architects. Architecture as the media between human and environment, is always reconstructing the relationship between them. Under the context which real-estate as one of major driving force of modern China’s urbanization, the mission of architect is to let architectural design contribute to the improvement of urban environment and spatial quality.

Massive construction and urban development projects have constantly accelerated modern China’s urbanization; therefore, it places the urban public space figuring and quality control a crucial position. Not only taking the natural elements into consideration, but also architect had taken the chronology issue into the design context, such as harmonizing project running and sustainable environment development. Such thinking is not a solo dance, architect needs to bring client and other urban stake holders into decision making process. After several rounds communication, the faction had put forward the flexible strategy which was called associated design method, it based on modulated functional flexible architectural box volume.

Indeterminacy & Deterministic
Chronologically, the architecture is going to play the role as Media’s future development exhibition with experiencing and gallery functions, after this, as the time goes on, some function could be uncertain and some remained. Thus, for those certain function, architect controlled the scale of each box volume, for those uncertain functions, architects presupposed joints for future expansion. By executed this strategy, we will not only obtain a flexible plan, but also maximizing the outdoor public space.

Free & Growth
The layout of boxes will create various exterior spatial forms, in the design process; flexible strategy let architects could rotate and move every boxes, therefore, design could adjust the site easily. In terms of architecture details design tactics, detaching wall system and all transparent ground floor compromise the boundary between interior and exterior, it not just bring the landscape into the building, but also expanded the publicity of this building in some way.

Conversion & Regeneration
As the time goes on, the function layout could change. Dispersive layout could allow function shift within different boxes. Massive utilized glass at ground floor provided potential for connection within boxes, thus, for the future, it could be opera, exhibition hall or even library.

Such dispersive and flexible box layout is like the rocks around the Narong river which beside the site, and the future center of Media will grow and evolve with the city. 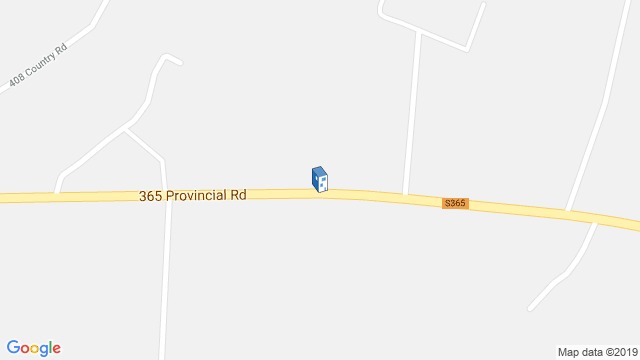 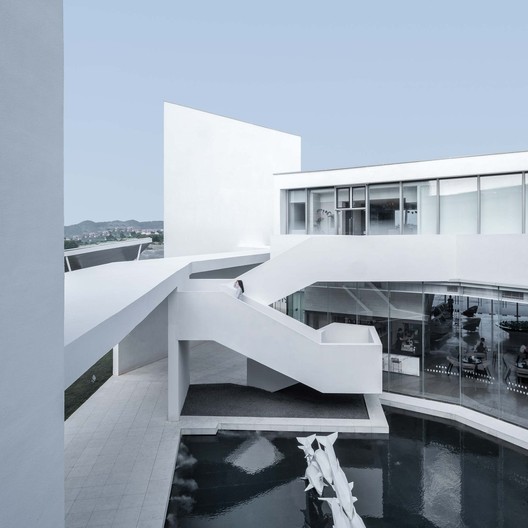