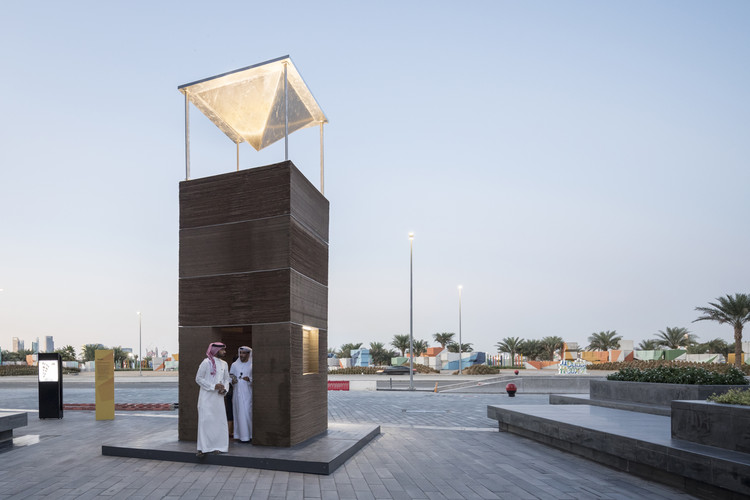 ‘Barjeel’ is an architectural installation inspired by the iconic wind towers of the Gulf region, which have been used for centuries as passive cooling devices. Through geometric abstraction and the use of readily available recycled cardboard and aluminum, the installation re-interprets the traditional wind tower while creating a cool place of rest and contemplation for visitors. As a reference to the simple geometric forms used widely in Islamic Architecture, the interior is conceived as a carved void that transforms from a circle at the base to a square on the top.

The resulting space is a three-dimensional volume that allows collective seating at street level with maximum exposure to natural light and prevailing winds at the top. Cooling breezes are funneled down to the seating area below via the windcatcher, and natural light filters through the top and side recesses to create a passively cooled, shaded space with lighting qualities that change throughout the day. At night, the structure is illuminated through an array of LED strips embedded in the layers of cardboard, producing the effect of a solid structure that seemingly emanates light from within.

In the predominantly horizontal native landscape of the Gulf, the verticality of the traditional wind towers of Dubai can be considered as an architectural characteristic that meanders the dichotomy between pure functionality and pure symbolism. With the first examples dating back to 3100 BC, the wind tower emerged through the necessity of funneling cool high winds to and exhausting hot air from the level of urban habitation. However, over time it became a highly prominent feature of the urban landscape, much more articulate and symbolic in its expression. As a result, Barjeel is simultaneously an artifact of the attempt to create a sustainable coexistence with one’s natural habitat and their aspiration to surpass its limitations through symbolic meaning.

Through its geometric abstraction, use of readily available, reusable materials, and performative environmental qualities, Barjeel seeks to exploit the rich spatial qualities of the vernacular typology of which it is named after while making tangible its performative relationship to natural elements on a personal scale. As such, in response to contemporary urban form-making that is largely generated through the characteristic of verticality, the proposal aims to offer a standpoint where architecture can be considered neither as mere utility nor pure ornament, but as a synthesis that has the potential to instrumentalize both. 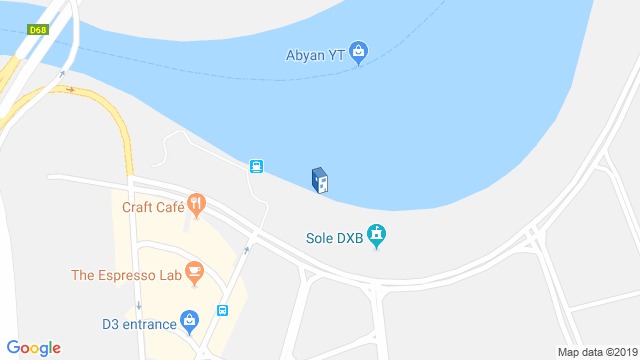 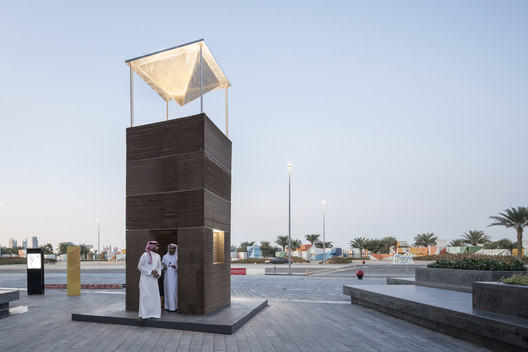