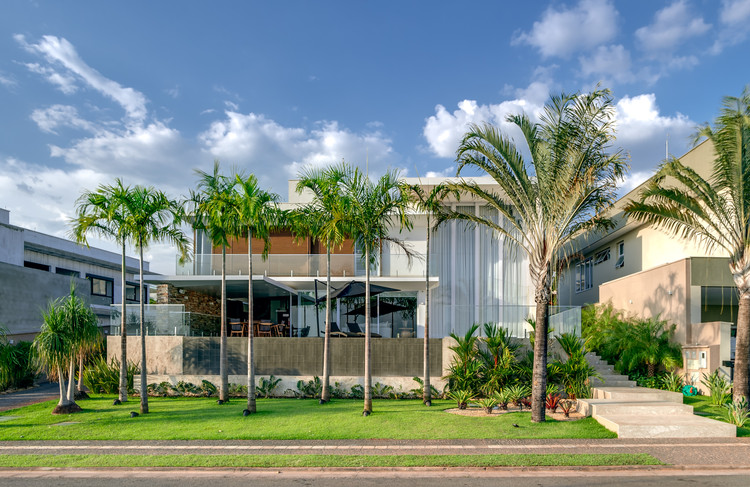 Text description provided by the architects. Lightness and modernity. With a façade extended to the full width of the plot, the AA House was organized according to an essential set of overlapping volumes that, through the structural plans highlight, sought to light the composition.

The parti was based on the inversion of the traditional flow of middle of the block lots, bringing the leisure to the frontal façade, allowing the direct access to it and emphasizing the social interaction of the family, raising it as a highlight element that integrates the other areas of the house.

The original topography of the land allowed the building to be constructed on the upper part of the lot, letting the ground floor to be almost one floor above the street level and the pool to have an infinity edge; below, on the subsoil, it was sited a leisure floor with cellar and sauna. On the first floor, there are the private rooms of the house.