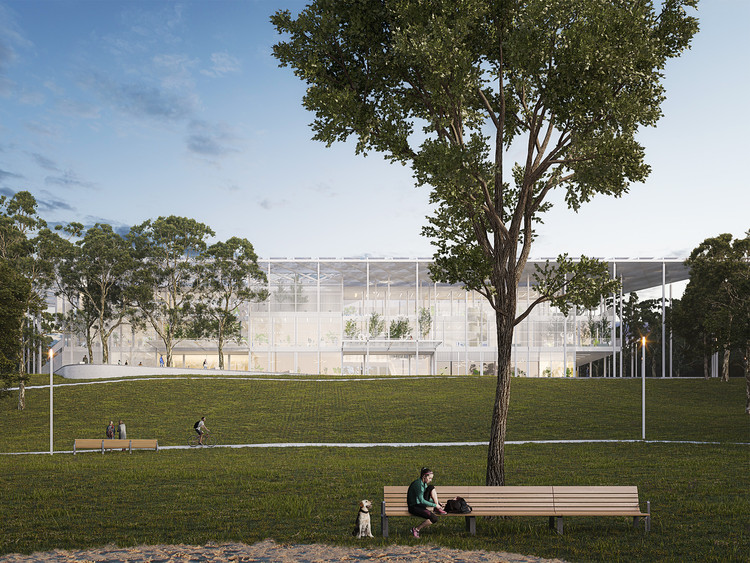 The Houston Endowment and the organizers of the Malcolm Reading Consultants (MRC) contest announced that the team led by Kevin Daly Architects (KDA) and PRODUCTORA, in collaboration with TLS Landscape Architecture, won the international competition to design the new headquarters for the foundation. The winning proposal stood out as a dynamic response to the architectural and landscape tradition of Houston.

The new headquarters will allow the Houston Endowment, one of the largest private foundations in Texas, to move from its current offices in the city's commercial district to a more accessible base for the development of its activities.

The winning design was conceived as a light and elegant structure, generously shaded by a large roof inside a forest of oaks. The proposal is strongly linked to the site and context, both the landscape and history of Spotts Park. In the words of the architects, the new building, which is in tune with Houston's demanding climate, claims to be "as cozy as the shadow under a tree."

The distinguished Selection Committee was unanimous in the selection of the winning team, who beat 120 teams in the course of a two-stage competition to ensure commission for this project. The building will have a total cost of US $20 million and plans to open its doors in 2022.