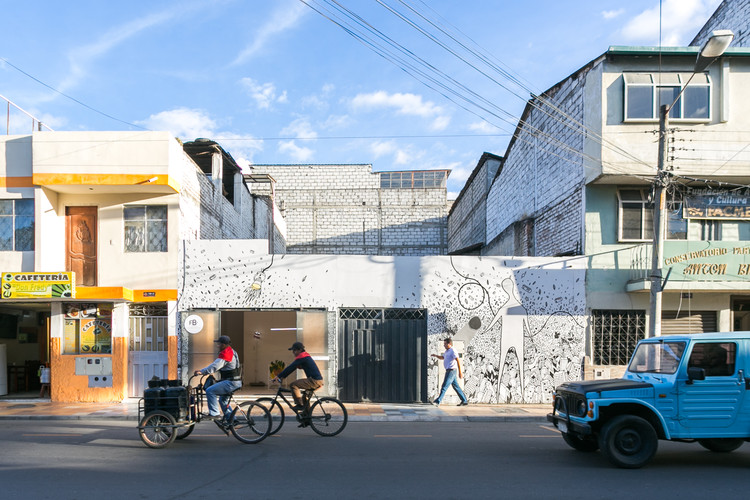 Text description provided by the architects. Located on the street Juan de Salinas in Loja, FB + is an architecture, design and construction studio whose fundamental focus is to develop multidisciplinary projects that allow the creation of spaces where sensations of the users are being intensified. The spaces created by FB + dialogue with the environment and respond coherently to the needs generated by the project.

It is implanted in a family plot of 250m2 with a north-south orientation, protected from direct sunlight. The studio occupies 20m2 in the front corner of the lot. This area was adapted from a commercial space to a studio utilizing the same masonry and sanitary facilities.

The studio seeks to interact with the city, giving it a neutral space for pause and observation, creating a space that transforms from a vacuum in the day to a point of light at night, taking advantage of its materiality. The mural painted by the architect Carlos Valarezo integrates the studio with the city, conceptualizing the formal, integral and philosophical research in architecture and reflecting the chaos that is currently lived in the cities and the search for solutions that we seek as a studio.

The entrance is marked by sliding doors made of translucent polycarbonate, after which a folding door of OSD is opened in order to provide greater security. The soft and warm lighting merges with the white walls, the furniture designed by Innovar fulfil their functionality while allowing the vegetation to be present and in harmony with the different elements that are part of the studio. Materiality, lighting and furniture become the dynamic and optimal space that meets the goals. 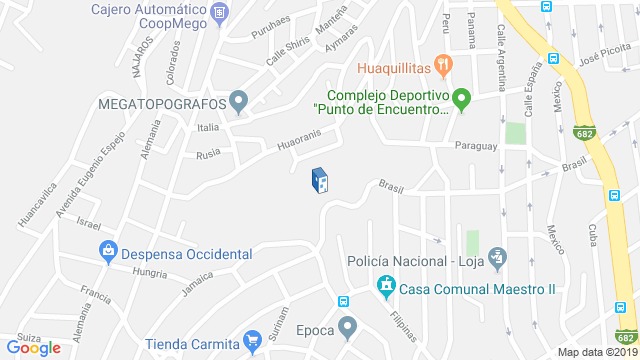