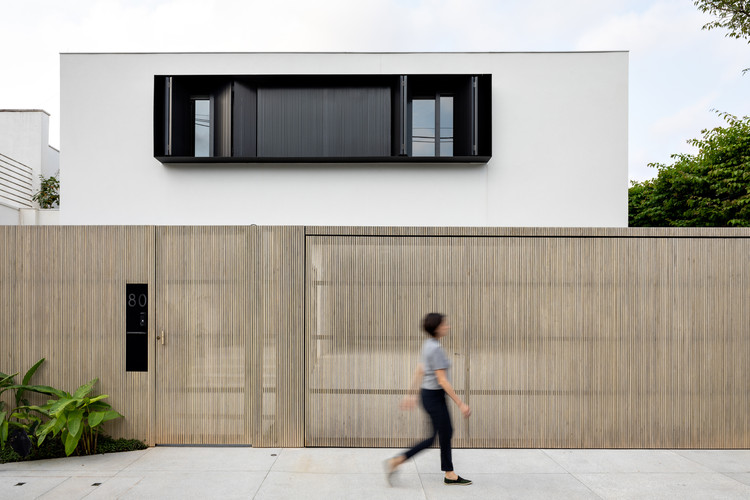 Text description provided by the architects. The dark materials, compartmentalized spaces and small window frames made the spaces very dark in this 400m² house built in the middle of Jardim América, in São Paulo. Significant part of what could be the garden was used for circulation, rooms and laundry area. So the 15x42m site seemed small for everything there.

Since the idea was to renovate, demolishing the main block was out of the discussion. The major structural change was to eliminate the service block and the 2 walls around it. In this spaces we made a new construction, in which we programed a bathroom and a kitchen facing the dining room, in addition to the previously eliminated uses.

The entire block uses Accoya cladding, in order to camouflage the different doors and new spaces. And the 90cm indentation of the roof created a covered walkway around the entire building and more visual permeability as we now have a garden on both sides. Upstairs, the roof of this new building and the existing one ended up forming an 'L' which is entirely occupied by a roof garden.