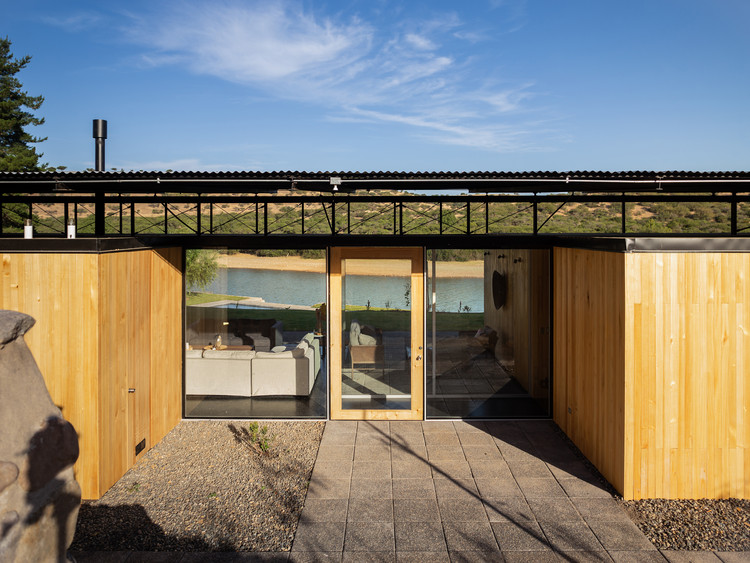 Text description provided by the architects. On a plot next to Lake Rapel in the commune of Las Cabras, sixth region, we were asked to design a summer house for a family with the capacity to host visits. Depending on the topographic characteristics of the place and the high temperatures prevailing in summer, it was proposed to separate the house into 3 volumes and the project into 3 large roofs that generate shadows, under which the enclosures were arranged.

A first shadow of parking for cars in the high part of the land, a second main shadow, that lodges the rooms and common spaces, facing the lake; and a third shadow, where the boathouse, barbecue, and dock are, right on the water's edge. The metal structure of the 3 roofs was prefabricated in a masterly way, reducing the construction time and the difficulty of building in a rural area.

The interior distribution of the main volume that houses the house consists of a longitudinal axis of circulation, which organizes to the east the rooms and common spaces open towards the lake and the morning sun; and towards the west all services (bathrooms and kitchen) with opaque facades to avoid the afternoon sun. Towards both ends, north, and south, the family room sector and the visitor room sector were separated.