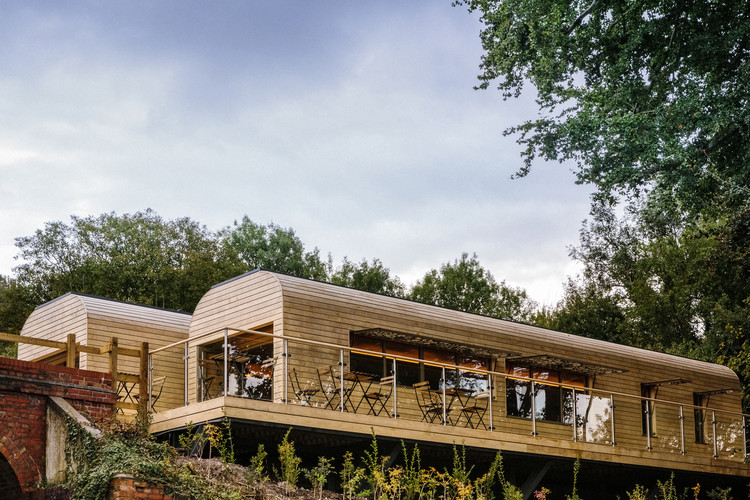 Text description provided by the architects. Over the past six years, ArchitecturePLB has been involved in supporting spudYOUTH to create a new cycle cafe in the South Downs National Park. The spudYOUTH program inspires young people who are interested in architecture, urban design and public art and provides opportunities for them to collaborate with local built environment professionals. The new community café and bike workshop is the brainchild of a group of local teenagers. The project and ambition have grown over time, from identifying a site and developing a concept, to achieving planning in the Autumn of 2016.

Following this, an intense two-year fundraising program has taken place with over £350k raised to make this project a reality. The scheme started on site in early spring 2019 and has just opened its doors to the public. The café and workshop will be operated by local community interest company Bespoke Biking. The building sits on the viaduct cycle and walking path at the foot of St Catherine's Hill, south of Winchester. The group’s initial concept of trains passing on the bridge has been developed to create two elements that conjure the form of carriages linked by a glass divide. A third small building on the same axis houses a cycle workshop.

With Accsys Technology and James Latham’s ongoing support, a profiled natural Accoya cladding board is used to root the project within its setting. Due to the isolated nature of the site, great care has been taken to provide security screens to windows. Bespoke shutters have been developed using laser cut panels depicting cogs and wheels, linking the site to the existing railway line and new cycle route. Internally, a simple palette of materials has been adopted, giving the building a clean simple atheistic. The internal lining mimics the external form with panels aligned to elongate the perspective of the building. Wrapping the southern and western facades of the building a generous deck acts as a link tying the buildings together.

ArchitecturePLB has been involved in the project at every step and has watched the enthusiasm of SPUD to make this project a reality. Tom Hayes, Project Architect for the Handlebar café says ‘the project has been a truly fulfilling experience, giving young members of the community an opportunity to experience the construction industry and to have a say in how their city is developed. Lately, the generosity of so many commercial partners, consultants, and other building professionals has been a real joy to be involved with. Overall, the hard work of everyone involved in the scheme has been incredible, delivering a building many thought would never be a reality with the scheme providing a welcome addition to the city of Winchester.’ 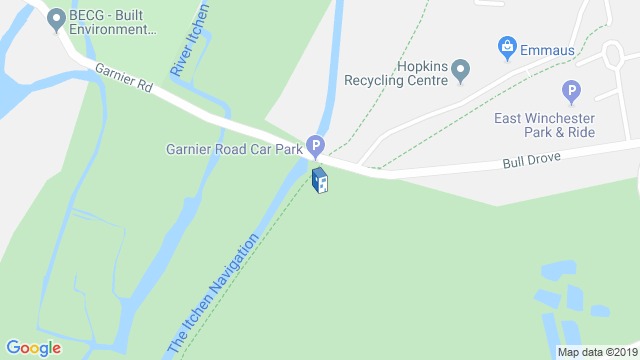 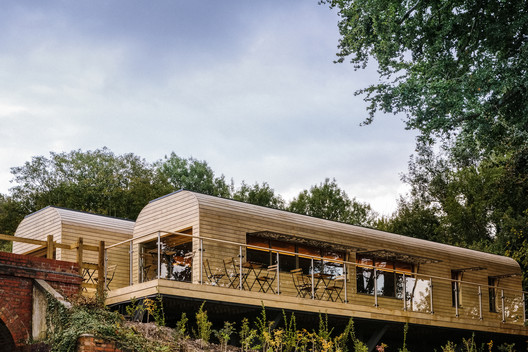