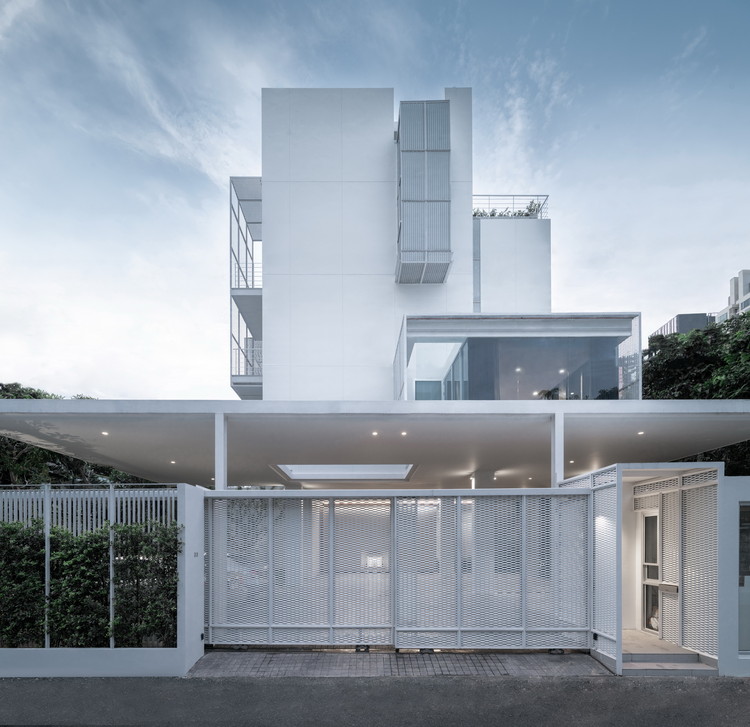 Text description provided by the architects. Baan 33 Apartment began as an architectural design experiment of the spatial relationship between a mix-use programmatic requirement of a six-bedroom private residence and four service apartment units. Due to the surrounding urban context and the requirement provided by the owner, the overall architectural zoning are strategically organized to provide all occupants with the highest amount of privacy, while still have a close connection to the natural environment.

In order to maximizes privacy for both the home owner and the apartment tenants, two separate circulations route were created exclusively for each functions. The apartment’s circulation core and service area are positioned in the east and south, where it is enclosed by the neighboring high rises.  The vertical circulation for the private residence is deliberately positioned between the two function, as it separates and provide privacy for both the residents and tenants. In conjunction with the concept in programmatic organization and zoning, the architectural concept of Baan 33 Apartment is to create a connection between the residents and nature through the subtraction of mass, as it provide natural ventilation and daylighting for the spaces.

While its diverse application generate differing spatial outcomes, this architectural language of mass subtraction results in an overall cohesive architectural form.  The mass which houses the service apartment is deducted in smaller blocks while still keeping the building envelope intact as it protects the building from the solar heat gain generated by the intense western sun.  Furthermore, a vertical void stretching from the interior space to the exterior roofline, is subtracted from the mass, allowing for cross ventilation, through the buoyancy effect, to naturally cool the whole building.

For the private residence, the southern mass is completely removed providing the residence with the best possible view.  The void is then replaced by transitional spaces functioning as both an exterior terrace and a shading device for the interior space.  Where in the service apartment, the building envelope is kept as solid walls, the private residence is utilizes expanded aluminum cladding as its envelope.  This material strategy in able to simultaneously provide shading, ventilation, and view for the occupants. Additionally, as a respond to the limited space of the site, a common area is placed on the rooftop, accessible by both the residents of the house and the tenants of the apartment to use for activities and relaxation. 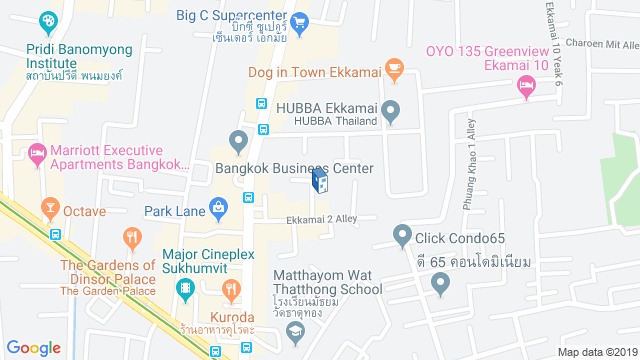 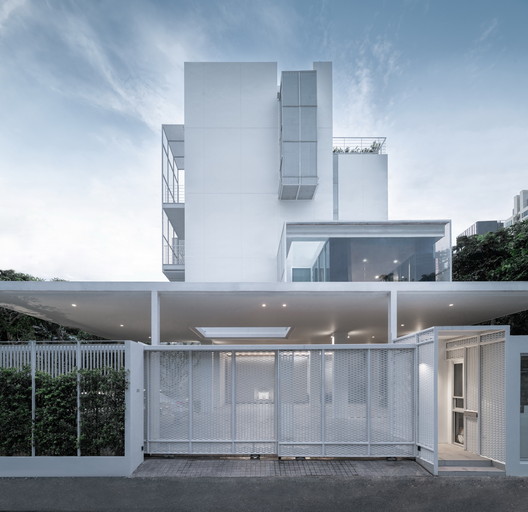