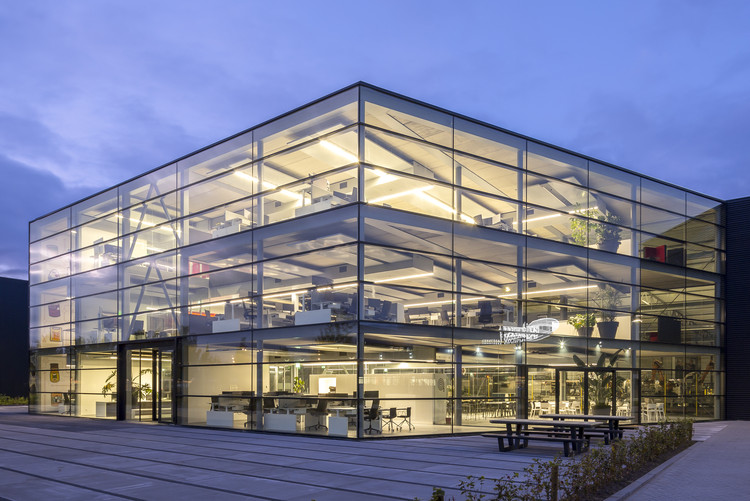 Text description provided by the architects. The new business premises include 1,500 m² of office space and 5,000 m² of halls. The design is importantly determined by the plot, which roughly has the shape of a rectangular triangle. Along its outer edge, there is a one-way traffic ring including parking spaces and options for dispatching. For what remains, the plot is completely filled. The building itself is  composed of five connected naves. These are each more than 10 meters high and 18 meters deep. In length, they run back from around 88 to 24 meters. As a result, the building has a saw-tooth structure along the slanting plot side.

The overhead doors for dispatching are integrated here. The shortest building nave is situated along the access road of the business park and contains the offices. On two sides, this three-layer volume is equipped with fully glazed façades. The majority of the office spaces consist of open floor fields that have direct visual contact with the assembly hall. The ground floor includes the canteen and the closeable offices for confidential functions. In addition, the office volume includes spaces such as team rooms, rooms for conference calls and instruction rooms for customers.

A spacious void is included as well. Along the long straight side of the triangle lies a facility zone with functions such as the toilets, technical rooms, changing rooms and lockers. This zone is strongly connecting and creates unity between the halls and offices. The halls consist of the other four naves and each contain a production street. The differences in length render the halls and production streets well suited for working on orders of different sizes.

The façades of the halls are largely closed, but still receive ample daylight through the office nave and partly transparent façade strips. The halls are also well prepared for changing work processes. In the future, when Lan might increasingly assemble its systems on location at the customer’s premises, the halls are easily usable for other purposes such as storage. In such a case, they can also be rented out separately. 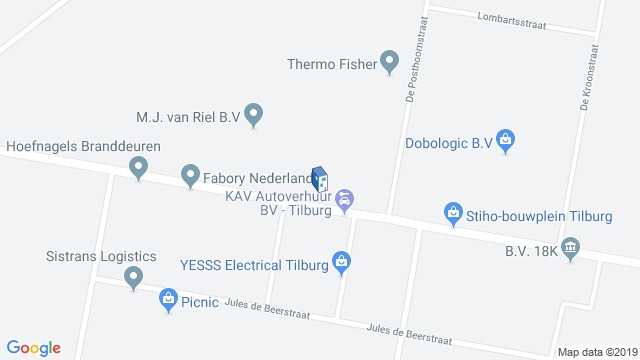 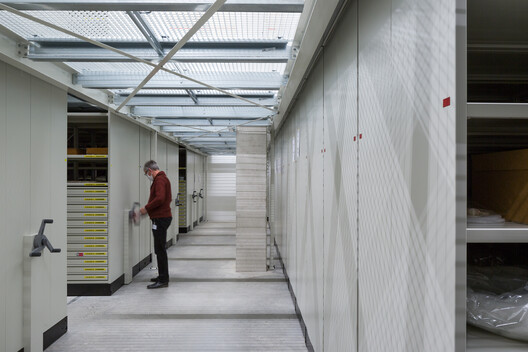 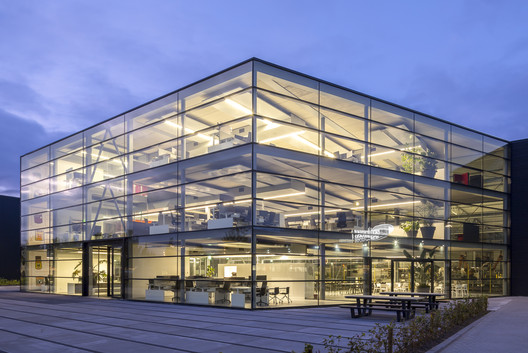