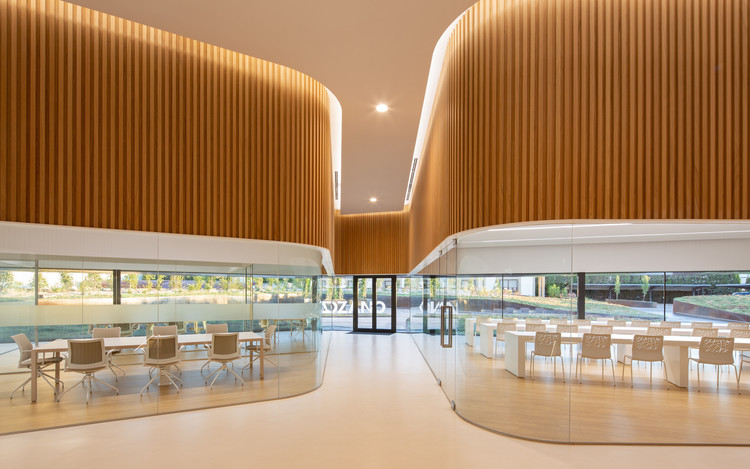 Text description provided by the architects. Everything in Villarobledo seems to be related to the earth. When we visited for the first time, after crossing infinite vineyards and olive groves, we were struck by the pride with which the locals displayed their traditional clay jars, in which they have been raising the wine for centuries. They are huge, about 3 meters and it is hard to believe that something so big can be made with only mud and the hands of a craftsman, but they are, and you can even see the small grooves left by the craftsman's fingers.

These huge jars were stored underground, inside caves that were widened and conditioned by the winemakers, and their most typical construction, the barrels, seem to have been built with the mold of one of those caves. Therefore, from the first moment, it became clear to us that our project should respond to the weight of that tradition, and at the same time, of that undulating fertile and barren landscape, in which the vegetation is combined with the earth and at times left as bare.

Our building is embraced by sheets of baked clay, with small grooves that reinforce its dynamism. Its inclination allows us to connect it with the terrain while defining a skyline with a lot of personality. The interior has the same genome and the same roots as the exterior architecture, a journey that ends up entering the wine healing cellars, and links us with the very caves that were chiseled by those armed with only a pick, the men of La Mancha. 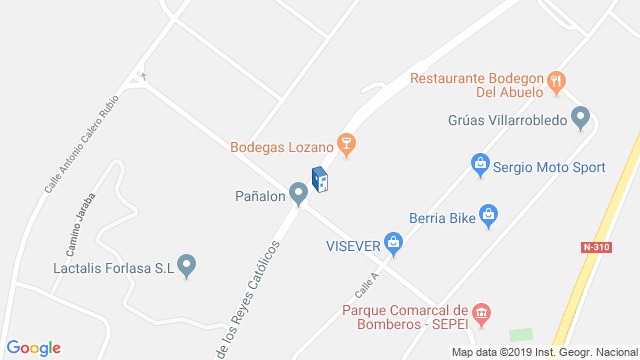 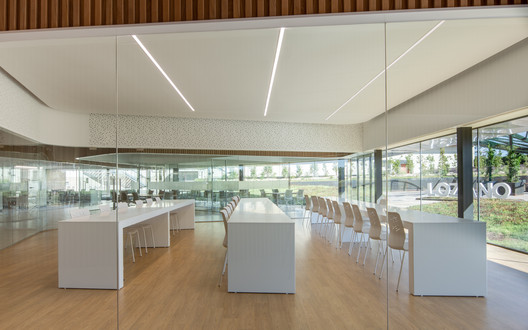 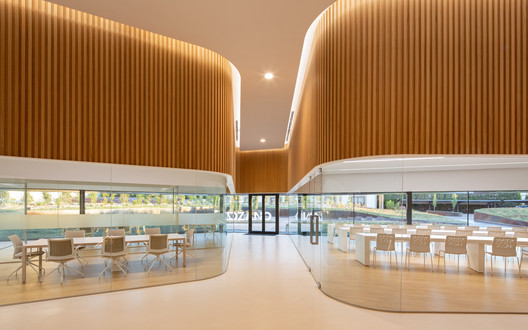