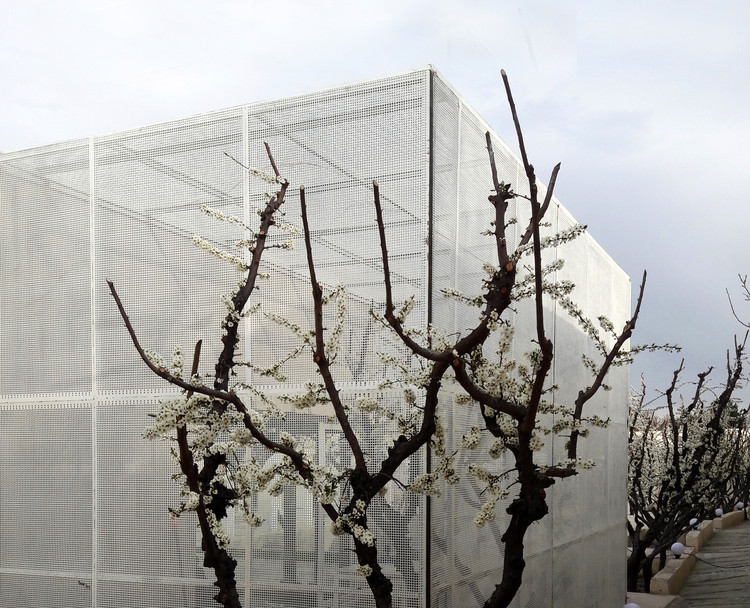 Text description provided by the architects. Pegah villa is located in a 1100 sqm garden surrounded by fruit tress which gives it a unique charm and beauty all the year. This garden is located west of Tehran province in Shahriar city. Facing this context, the main goal was to reinforce the relationship between the project and the context by using an active space.

Adding an intermediate space could be the answer.The connection with the outside was formed by not only with openness but by an intermediate wrapper volume, hybrid spaces that are outside and inside at the same time. Outside because they involve natural elements and fresh air and inside because they have clear boundaries intermediary space. The intermediate space works just like a net, flatten over the area due to the active space and by connecting to the buildingand integrating with it, encompasses the trees.

The intermediate space makes a semitransparent space that makes a vocal interaction in addition to a sensational and visual interaction. In other word, what happened in this project was the unifying the internal space with the intermediate space alongside the surroundings. Here the gross area was 10% of the area but a third of this area was given back in order to value as much as possible the garden. 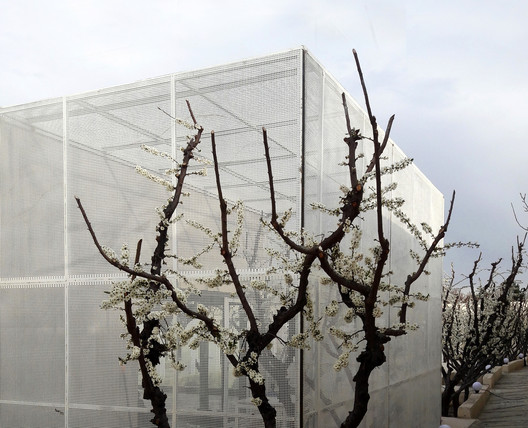