Text description provided by the architects. IOMA is an art center situated at 798 Art Zone, Beijing, which is a transformation project. Based on the concept of "symbiosis", the design aimed to realize harmonious coexistence between the new and old, inside and outside, architecture and nature, as well as art and mankind. As approaching the project, ARCHSTUDIO reasonably utilized the original architectural space, and added extensions to the top floor and along the street, with a view to satisfying diverse future functional demands.

The design team firstly deconstructed and integrated functions of the overall space, and created some new communal areas such as restaurant, art store, multifunctional hall and leisure area other than the exhibition hall, so as to enable smooth transition from nature to public spaces and to exhibition area.

Besides, the designers reorganized the circulation routes within the entire space. The visiting route of the former exhibition space was conventional and monotonous, and visitors had to go back along the circulation route after appreciating exhibitions, which resulted in boring spatial experiences. Besides, up and down movement of visitors generated a sense of formality, which sometimes alienated them from the space. Considering those, the design team demolished and transformed parts of the original architectural space, and added staircases and elevators, thereby creating a loop-shaped route for visiting exhibitions. In addition, ARCHSTUDIO also designed two independent circulations leading to the terrace and the restaurant, which provide visitors with interesting experiences and let them feel like they are touring in a garden.

The design team created several recessed arc-shaped courtyards, and completely retained the trees that already existed on the site. The courtyards and green trees together shaped a distinct spatial character for the building. As visitors wandering in the space, their interaction with trees varies. They encounter different parts of trees, from roots to tops, and sometimes need to bow their heads to walk under branches. Trees also keep changing with time. The perfect combination of nature and space gives the place great charm.

The facade is clad in a translucent curtain of metal, making trees appear to grow out of it, blending into the environment and as well as the building.

Through the above-mentioned strategies, an originally conventional art gallery which resembled an enclosed box was perfectly transformed into a natural, open, intimate and interaction-evoking multifunctional art center. 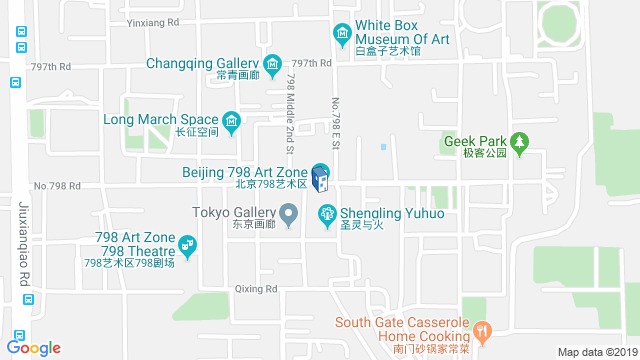 Location to be used only as a reference. It could indicate city/country but not exact address.
Share
Or
Copy
About this office
ARCHSTUDIO
Office
••• 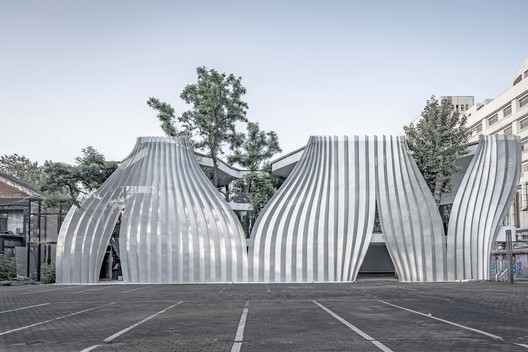