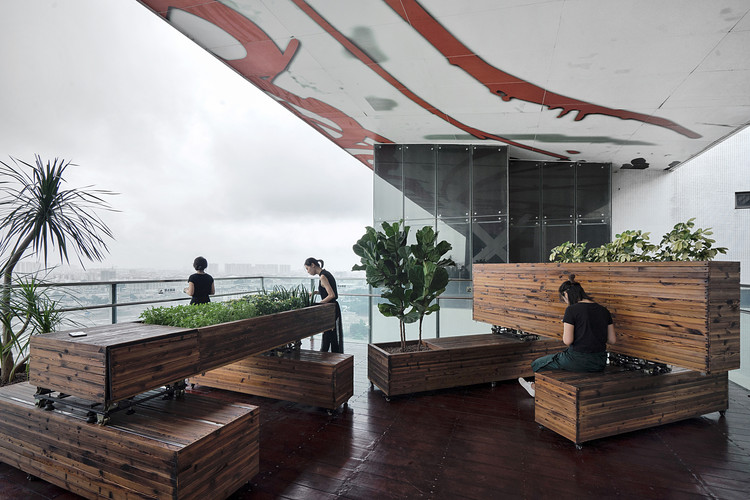 Text description provided by the architects. Having been operated for nearly 9 years, the Guangdong Times Museum launched its upgrade project.Turtlehill Design was invited to redesign the balcony space.

The Guangdong Times Museum, designed by Rem Koolhaas is located at the rooftop of a residential building in Guangzhou China. The balcony is next to the lift lobby and in front of the main exhibition hall. As per Museum’s initial plan, the existing glass house would be removed and replaced by a souvenir shop and VIP tea house.

According to the brief, we proposed a set of horizontal shifting blocks linked by a winding circulation. However, while this design was approved and ready to build, the museum came up with a new idea of “people’s park”where visitors could be sitting, lying, holding party, having picnic and etc. Everyone has right to use the space in his/her own way.

This idea is revolutionary. The initial design is no longer compatible and has to be reconsidered.

After discussions, we found a transformable installation could answer to the “people’s park”idea. We devised a unit of blocks installed with tracks and wheels which enable them to slide independently in X and Y directions. Just like Lego toys,these units could be pushed around and interlocked with each other to compose forms as visitor’s wish. Hence, the right of using and composing the space is completely handed to the visitors.

The “people’s park”installation has become one of the most popular places of the museum. As a prototype of possibilities, it has potentials to be developed and applied to numerous scenarios. 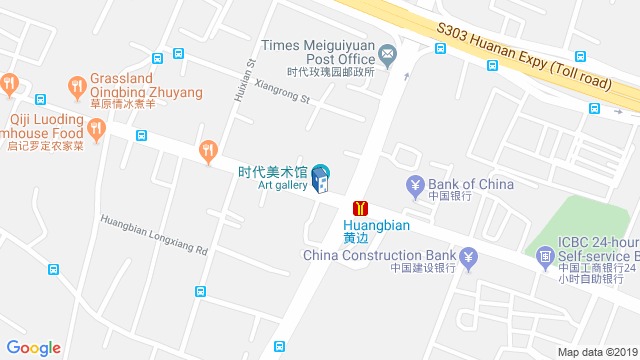 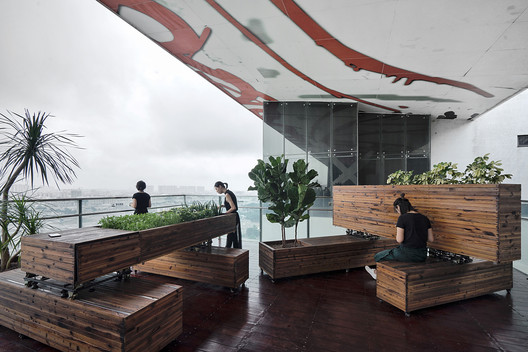