Save
Charles Jencks Dies at Age 80
Share
Or
Copy

Renowned architecture theorist and historian, landscape designer and co-founder of Maggie's Cancer Care Centres, Charles Jencks died yesterday, as reported by RIBA Journal on Twitter. Born in Baltimore, Maryland, on June 21, 1939, Jencks was 80 years old at the time he passed away.

Jencks is well-known for his architectural writing on postmodern theories. He wrote many books and essays criticizing and exploring the topic, among which are The Language of Post-Modern Architecture (1977), The Iconic Building (2005) and Critical Modernism - Where is Post-Modernism Going? (2007).

Among many known achievements in his carrier, Jencks co-founded Cancer Care Centres named after his late wife Maggie and directed according to her notion that the treatment results of terminally ill patients can be significantly improved through well-designed environments. Charles Jencks then worked with numerous architects, including Frank Gehry, Zaha Hadid, and Snøhetta to develop designs for the treatment centers around the world. 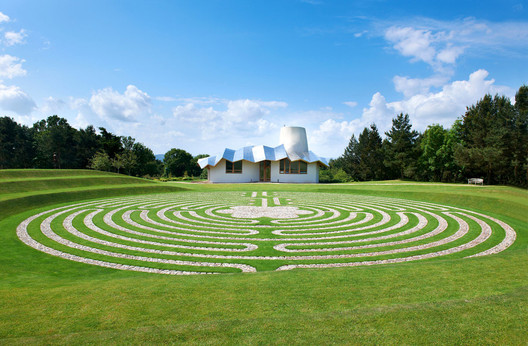