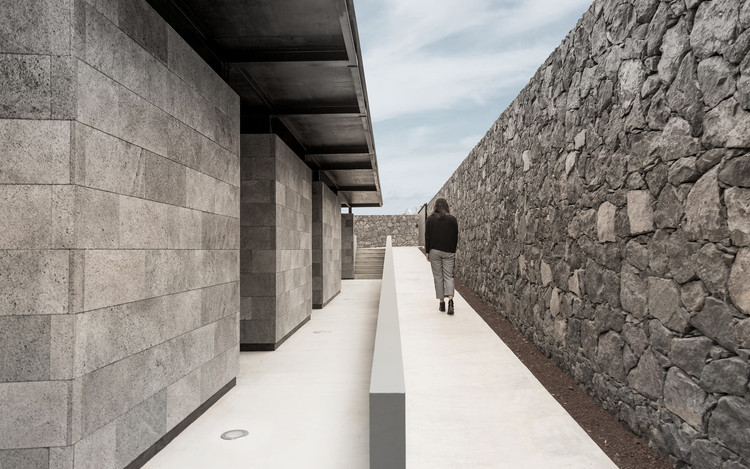 Text description provided by the architects. Located in the north of the island of São Miguel, the park is set in a wide tract of land that is slightly inclined towards a seafront cliff as well as highly exposed to the elements. This harsh and unobstructed exposure to the north, the presence of a church southwards whose churchyard view should remain clear, and a rather nondescript parking lot ended up defining and reducing the intervention to a thick black basalt stone wall that accommodates and protects a very simple program in which a single flat covering helps the intervention blend into the landscape even in those common stormy days. Three black volumes organize the main support program.

This way, the structure tries to remain unnoticed and the gaze skims over it. The horizon remains clear. The different uses of local stone — basalt — as well as exposed treated concrete and black metallic elements was thought as a way for them to disappear under the vegetation that will grow in the future, thus welcoming the passage of time.

A path extending towards the sea leads us to a semi-covered area, which will later be roofed with plants, before ending in a single communal bench viewpoint away from the construction to the south that finally offers the promised 180-degree view on the vastness of the North Atlantic Ocean. 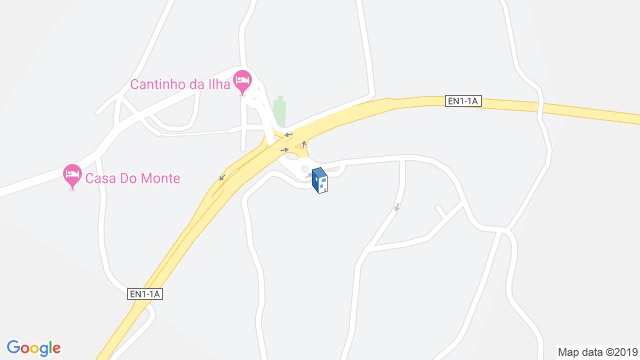 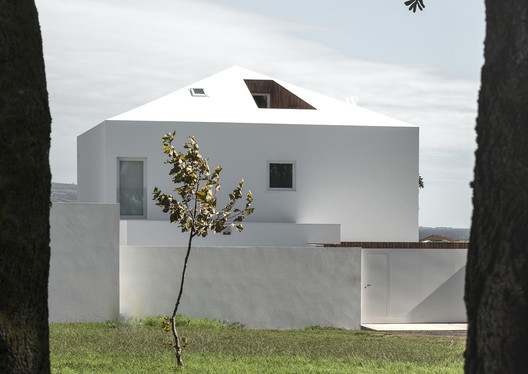 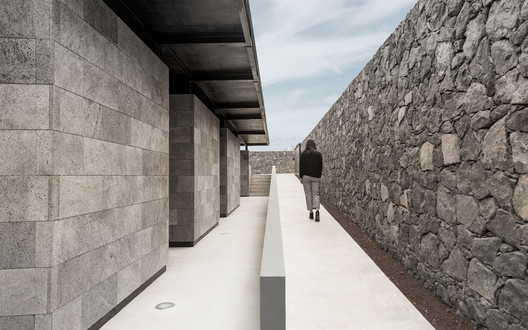