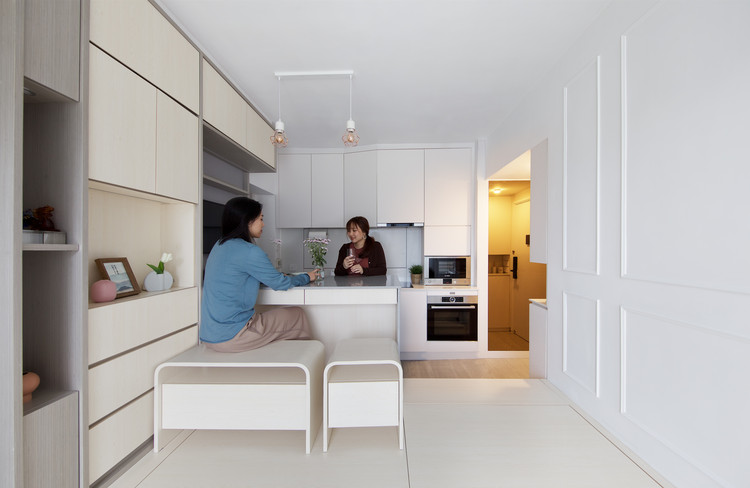 Interpretation Of Smart Living With The Spiritual Details of Zen
Urbanites are busy in working and they always eager to have a decent and quiet living space as an escape. "Zen" is a spiritual state that pursues inner peace and harmony. It is the healing agent that washes the mind and irritability. Moreover, the tremendous workload of urbanites also made it impossible to manage their homes. In recent years, smart home is introduced to control and improve the situation.

The owner of the apartment is a busy young couple, Eric and Lory. Sim-Plex uses the concept of the Zendo to bring the view of the scenery outside the window into the house. The integrated TV cabinet wall and the wooden floor platform are plain and warm, but yet there were a large number of intelligent devices hidden by.The design is also integrated to the traditional Feng Shui doctrine, to create a spiritual space where tradition and technology, people and scenery are combined.

The Emotion of Homestay of Taiwan In Urban Living
Eric and Lory moved to Hong Kong from Taiwan many years ago and have a son; Eric needs to travel frequently throughout the country, and Lory is a flight attendant. They lack of time spending at home and often needs grandmother to take care of the children. Eric and Lory often talk about the scenery and homestay in Taiwan and they missed them so much.

Sim-Plex lifts up the entire living room with wooden platform, and so that every corner can also sit down at will; in addition to a large amount of storage, the platform also hides the intelligent lifting coffee table, create a gathering point, sometimes as a tea ceremony, and sometimes as a toy’s playground; the dining room is made up of an open kitchen with a quartz stone high-top dining table and two arc-angle storage chairs, so no matter while cooking or dining, you could also enjoy the scenery outside the window; the windowsills of the two rooms are surrounded by wooden frames to match the natural scenery.

Haiku, the Japanese poetry, is deeply influenced by Zen. There are “season language" in the haiku.The Smart Zendo in this case is just like the seasonal language, and the four seasons of the scenery outside the window are introduced into the room to make the perfect merging of home and nature, so that the emotions of the homestay can be fermented.

The Combination of Traditional Feng Shui Aesthetics and Smart Technology
Smart homes are common in Hong Kong in recent years, but generally they have been shaped into a futuristic form. This pre-conceived approach seems have not explored the integration of smart intelligence into living. The unique feature of this project is that although a large number of hardware smart functions are combined: such as voice-activated synthesisers, various lamp systems and air-conditioning switches, curtain opening, lifting coffee tables, projection screens, electronic door locks, etc., remote control greatly saves the owner's time. At the same time, most of the design uses the natural materials to create a picture of the scenery. In the view of traditional Feng Shui, this project also refers to its relevant doctrine and adjusts accordingly.

Feng Shui is a traditional Chinese choices of living and an important cultural heritage. The owner Eric also has a deep analysis on Feng Shui. The layout of the living room is adjusted according to his view of Feng Shui: Left Queen Dragon, Right White Tiger, Queen Dragon represents men and nobles, White Tiger represents ladies and wealth. The right balance between them could ensure the luckiness of the family. The TV storage cabinet wall in the living room is generally symmetrical; and in addition to the large TV in the living room, there is also a small TV on the dining table to balance the situation; the owner Eric also claimed their family owes one of the five elements - “wood”. The material distribution of the maple veneer on the storage cabinet wall is a hidden expression of the word "wood" to compensate for the lack. Although the traditional Feng Shui aesthetics and smart technology seems to be contradictory, if could applied properly, they could also have their compatibility.

The Transformation of Space Expands Two Rooms To Four Rooms
The old residence was originally a two-bedroom living space. Because Eric and Lory often travelled, the grandmother often came to take care of the children but there was no room for her to take rest, and even have no room for maid. Sim-Plex then changed the old kitchen room to a maid and storage room. In the living room TV cabinet, there were five hidden slide- folding doors. If grandmother needs to stay at home to take care of the child, the slide- folding doors could be pull out as the fourth rooms, there are also louvers on the top of the door for ventilation, and the embossed strip glass can also retain sunlight; the corridor also hides a sliding door, allowing the living room and the bedroom to maintain its privacy.

The bathroom has small window, so the white marble tiles are used to increase the luminosity, and the melamine ecological waterproof board of the cabinet is used to create the style like a boutique hotel;The wooden platform of the son’s bedroom has a space which could sit directly on the platform; The drawer in the master bedroom has a hidden make-up table that can sit at the edge of the bed and use.

The spirit of "Zen" is the pursuit of harmony. The "Smart Zendo" is based on the spiritual details of “Zen", trying to combine natural scenery and emotion of homestay, traditional Feng Shui aesthetics and smart technology 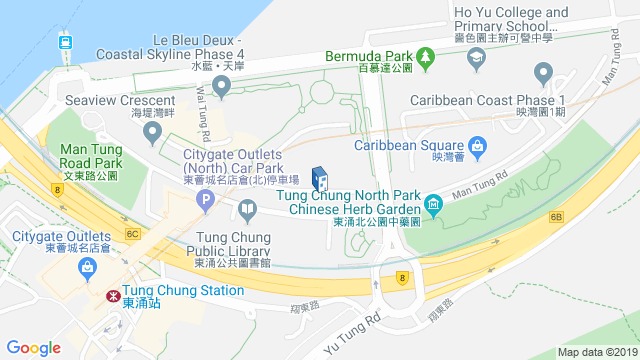 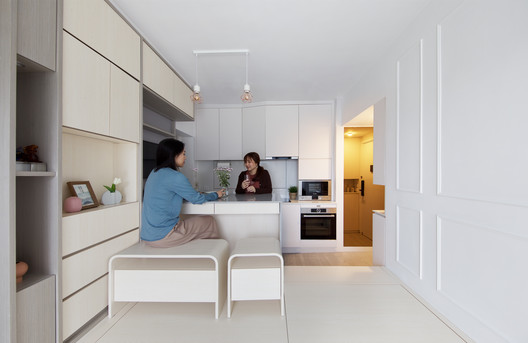