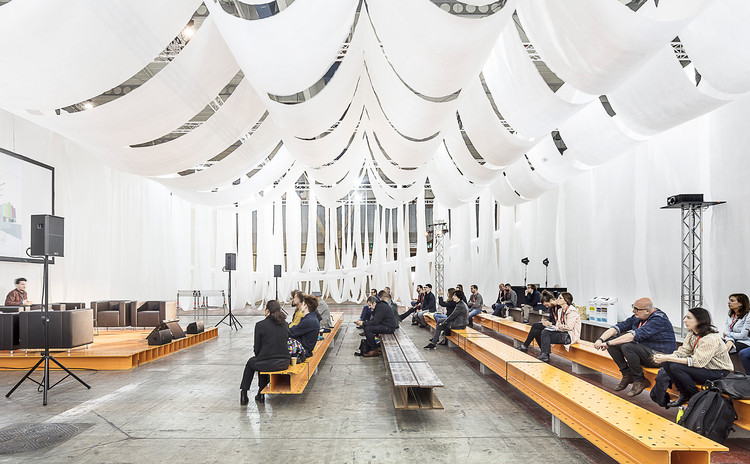 Text description provided by the architects. Barcelona Building Construmat (BBConstrumat), a biennial show that brings together the leading companies in the construction sector, in addition to advocating innovation and digitalization, wanted to promote sustainability and circular economy as keys to the future building. A clear example of this is the design of  the common spaces and thematic areas by Josep Ferrando Architecture Studio - the Future Arena, Talks Arena and Meetings Arena. A total of 34,000m2 dedicated to exhibitors, technological advances, debate and business contacts, for which Ferrando has proposed an ephemeral architecture that, according to the unique compositional dynamics of his works, is part of a system that in a logical and economic way solves the problems that it faces, opting for recycling and reuse as key concepts.

With only two materials, the architect Josep Ferrando from Barcelona has managed to design seductive, unique and functional spaces that meet the criteria of a circular economy. Geotextile, which is one of the used materials, is an industrial fabric with a standard format of 2.20m x 200m, that will be reused for their original function in roof-constructions. Additionally, huge metal beams with a previous function in facilitating the transport of the prefabricated pieces that are being used for the construction of the Sagrada Familia in Barcelona will return to their original function once BBConstrumat is finished. In addition to a firm commitment to sustainable use of resources, Ferrando's project transmits what he defines as a universal construction tautology. “Almost all spaces and almost all building materials work in two ways: they either hang, using traction, or they are stacked, that is to say they use compression. Two ways of working in which lighter elements, such as textiles, are contrasted with heavy elements, such as steel. The dialectic between what is light versus what is heavy, what is transparent versus what is opaque ... has always been present, and that is also what is meant to be conveyed with this intervention. ”

This is why, in addition to the firm sustainable approach, the Josep Ferrando Architecture project for the common areas of BBConstrumat 2019, has a consistency with Ferrando's conceptual discourse, being composed of two primary materials. One, the geotextile, which works by traction, hangs from a height of six meters from a repeated structure of porticos, generating translucent waves of different heights that float with a height of 45 cm and that shape and regulate the space, creating a kind of cave which, in turn, houses small cavities inside. The other material is the metal beams that work under compression, are stacked at different levels and set up the furniture - benches of 45cm and tables of 75 cm, among other pieces. In short, an ephemeral original architecture that takes responsibility for the environment and dramatizes the historical language of construction and therefore, of architecture. 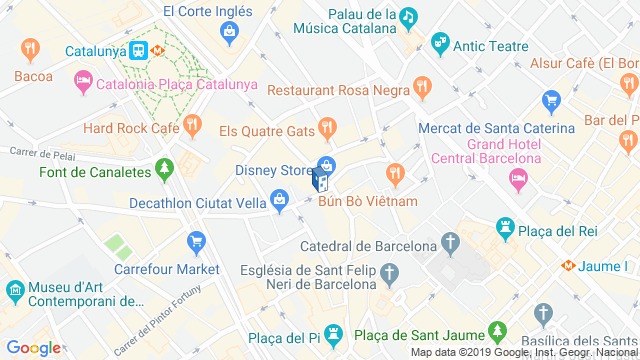