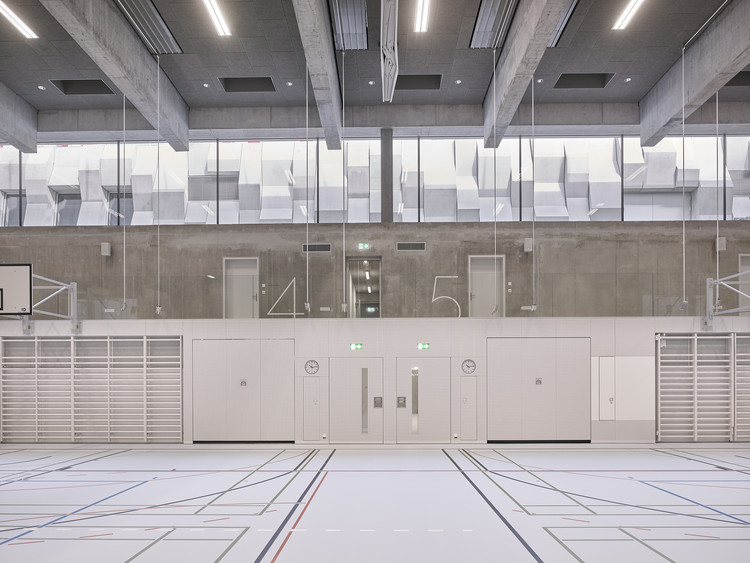 Text description provided by the architects. The Cistercian monastery in Wettingen is a cultural monument of national importance. When the cantonal school moved into the monastery premises in 1979, the school’s sports hall with a swimming pool was constructed on the common land outside the monastery area. To maintain the historical view of the monastery, the sports hall and swimming pool were built underground, around a deep courtyard with longitudinal sides that provided the adjoining gymnasiums with daylight.

The planned extension of the sports halls is also required to adhere to this principle and is thus being developed underground. Since the orientation and provision of daylight play a decisive role, a linear promenade was planned as the starting point for the design, forming a clear and orderly link between the old and the new buildings. A

ll the main uses are either directly adjacent to this access route, or the promenade affords a generous view of them. The chosen form of organisation with linear elements creates a calm and clear impression of the overall sports centre from the outside. A window strip facing north accompanies the promenade in the vicinity of the triple sports hall.

Bringing together the illuminating zone and the spectators' gallery avoids any irritating backlight effects when people are watching the sports being played. And, in the other direction, when looking out from the hall, the observer sees a wide relief wall. The art on the building is by the Lang/Baumann duo and plays on the metaphor of the rough rock on which the Cistercian monastery towers above the Limmat river and into which, in the true sense of the word, the new sports hall has been chiselled. The shadows cast by the concrete blocks change over the course of the day and the year, giving the underground observer a feel for the time of day or year. 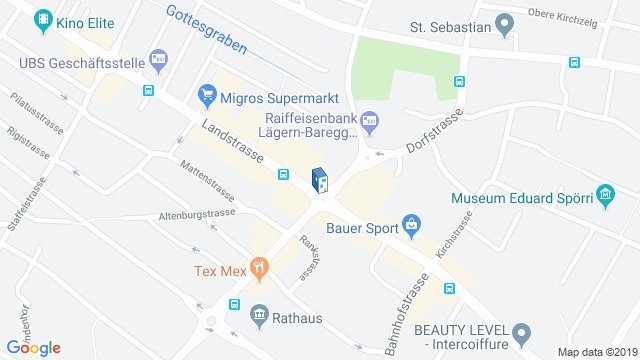 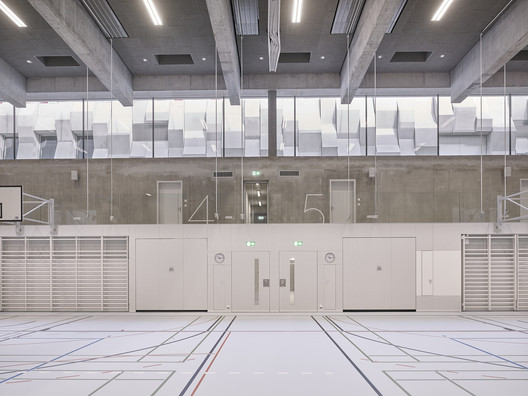