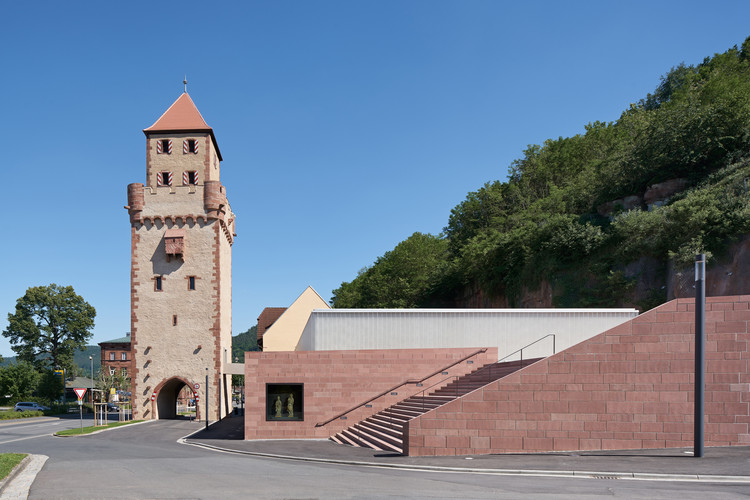 Text description provided by the architects. The city of Miltenberg is characterised by its particular location near the river Main between the Forest of Odes and the Spessart Mountains. The well-preserved historical center with many half-timbered houses stretches out along the Main and is limited on its back side by a steep hillside, which in the past was used as a natural stone quarry. The here removed red Main sandstone dominates the whole city.

The new Museum Depot, City Archive and Youth Center are located on a slightly descending lot, which was previously occupied by a car dealership, abandoned many years ago. This position at the foot of Castle Hill is particularly characterised by its direct adjacency to the historically listed building “Mainzer Tor”, which was constructed at the end of the 14th century as the western city gate to Miltenberg.

In our design concept, the building site was levelled by a single-storey base structure in manually hewn red Main sandstone, which houses the museum depot and the city archive. From this massive base, two glassy building laterns, positioned diagonally over a corner, arise and accentuate the town entrance. In their light and at night backlit materiality of translucent profiled glass they form an aesthetic contrast to the stony base structure.

The main entrance is located between the delivery zone and the exterior staircase. At this prominent corner, a wall showcase is arranged towards the stair. Here, selected exhibits can be shown in monthly rotation, announcing the function of the rather inconspicuous museum depot at its interface to the public sphere.

The wide exterior staircase leads from Mainzer Strasse up to the roof surface of the depot which forms a small public plaza, framed by the two single-storey cast glass buildings. Entry to the youth center in the southern body takes place directly from here. Wheelchair access is possible from Monbrunner Strasse. The generously glazed event space of the youth center orients itself towards the rearward quarry wall and the newly designed outdoor area. From the plaza and via a new bridge, the adjacent “Mainzer Tor” can be accessed and be experienced as the entrée to the city. 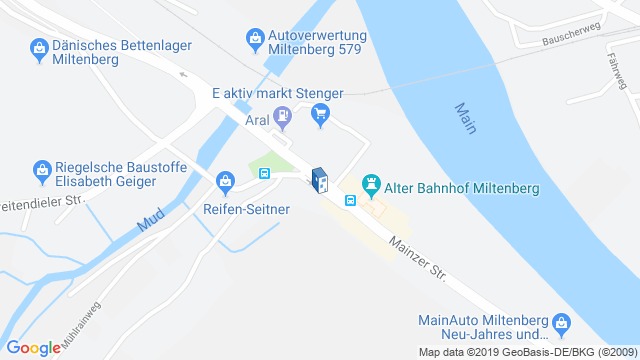 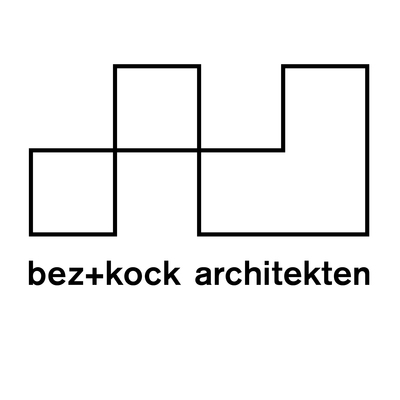