Building / Prototype II is an experimental architectural pavilion designed by architect Marc Leschelier for the Feÿ Arts Festival in Burgundy, France. Created in the middle of the forest, in the park of the Château du Feÿ, the permanent installation is the first of an acquired collection to be always displayed on site. 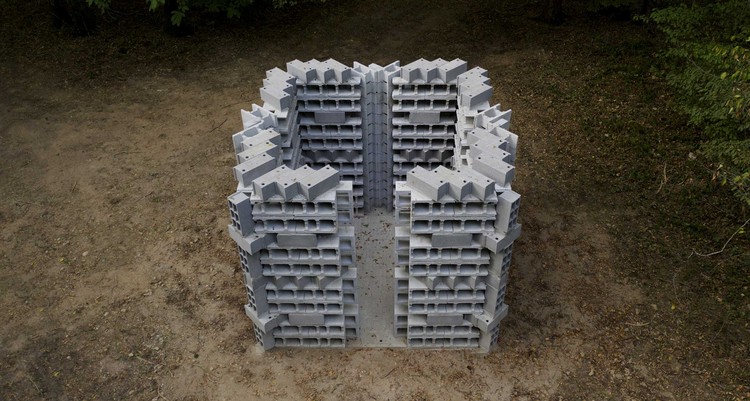 Conceived as a remote architectural "folly" on the green terrain, the project is part of the second edition of the Feÿ Arts Festival held on the 20, 21 and 22 of September 2019. Each year, the festival, a non-profit organization committed to the environmental cause, “transforms the seventeenth-century Château du Feÿ into a three-day platform for creative encounters and experiments to rethink the future”.

Imagined by Marc Leschelier, architect and founder of the Unbuilt Archive, an open-source archive specialized in radical architecture’s texts and manifestos, Building / Prototype II comes as a sequel for Building / Prototype I, also in Château du Feÿ. In fact, the project is part of a series of experiments that according to the architect, “refute construction as a rational and coded enterprise”. Actually, “The project seeks to develop a specific type of construction that deviates from the constructive norm and values a primitive instinct for mass balance, […] this is the reason why the building can be understood as a kind of spontaneous construction made of simple superimpositions and accumulations of matter.” Leschelier, known for his massing and robust interventions, aims to redefine through this approach the raw reality of architectural buildings.

The architect’s recent works include performances of spontaneous buildings with his interventions entitled Worksite I, II & III, that generated prototypes to be assembled in one entity. Furthermore, Leschelier is a receiver of the research grant from the Le Corbusier Foundation, has participated in several symposiums at EHESS Paris, Foundation Hartung Bergman and held public lectures at Villa Medicis. 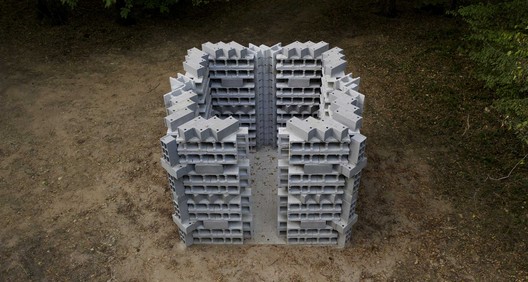