OMA's proposal won the competition for the new KaDeWe department store and hotel in Vienna’s Museumsquartier. Led by Ellen van Loon, Ippolito Pestellini Laparelli, and Laurence Bolhaar, the project will be OMA’s first venture in Vienna, upon its completion. 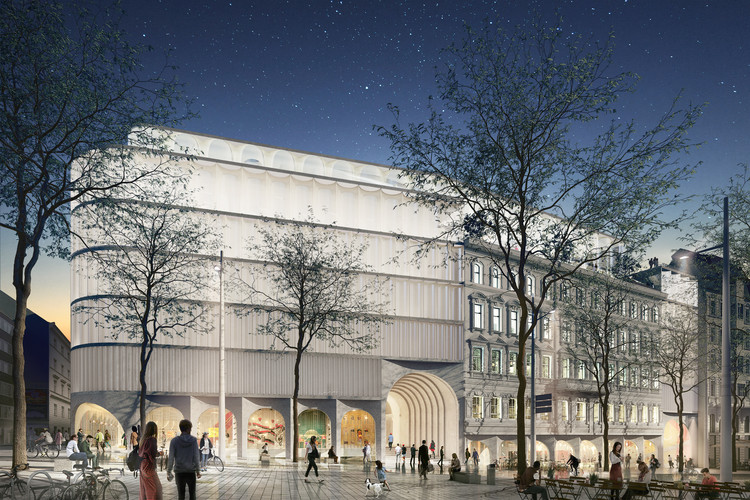 Currently renovating the KaDeWe in Berlin, OMA created for the department store in Vienna, a building divided into 2 volumes, with the retail space in the front and the hotel in the back. With a façade inspired by the “sophisticated geometries of the architecture of the Vienna Secession”, the project’s entities are connected with a green buffer zone that showcases a series of public roof-gardens and creates a passageway between the main functions.

The value of department stores should be measured by their ability to engage the local context. We are very excited about the opportunity to work in the historical heart of Vienna, and with this project we intend to highlight its qualities. The building is not an icon but rather an architectural device that establishes new urban connections and public spaces through its own internal organization. -- Ippolito Pestellini Laparelli and Ellen van Loon.

On the city level, the KaDeWe complex enabled the development of new types of public spaces in the historical center and enhanced the pedestrian network. Regarding the green element of the composition, the architects declare that “the gardens range in quality and character – from tree groves to sun decks – generating unprecedented views from all sides of the building onto the city”.

On another hand, the landscape design was designed in collaboration with Vogt Landschaftsarchitekten, sustainability by IPJ Ingenieursbüro P. Jung and structural engineering and MEP by Vasko + Partner. The entry was selected by the jury of the competition organized by the developer Signa. 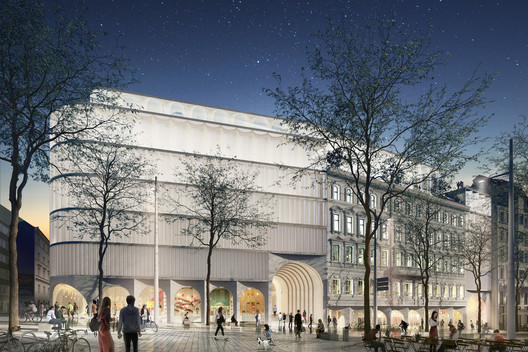