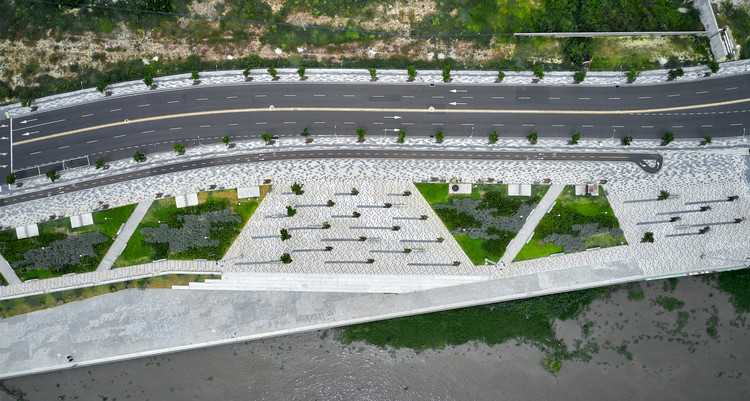 Text description provided by the architects. Designed from an urban, practical and avant-garde identity perspective, the Gran Malecón in Barranquilla, is the most recent project of Diseños y Conceptos. The project is born from the necessity to reestablish the relationship between the city and the Magdalena River, a link that was lost and is a key element for the socio-cultural and economic development of one of the most important cities in Colombia. The river that surrounds the city of Barranquilla, is the most important one of Colombia. Located in the North of the country, this city is considered as the cradle of the Colombian Caribbean identity, in large part, due to its location near to the delta of the Magdalena River in the Caribbean Sea, an ideal context for immigrant’s arrival.

The proximity between the river and the sea, influenced, amongst other things, the fact that Barranquilla is known as the Golden Gate, a name that evidences what the city has become: an urban context in constant evolution that seeks cosmopolitan lifestyle without compromising its Caribbean Identity. It is within this context – and the willingness to recover the relationship with the river- that urban projects such as Gran Malecón are born. The project is an architectural and urban design concept formed by three strips that unravel along 4.5 kilometers of the Magdalena River’s shoreline.

From above, these three strips are visible and fade in a gradient of colors that go from the darkest tones of the asphalt to the lightest degree of the deconstructed sand-colored cobblestones of the last strip, that set a contrast with the river’s color. This view gives the impression of being a pixelated virtual reality image of a video game. As expressed by Ricardo Vives Guerra , leading architect of the project, “The road and the sidewalks are a continuous strip, then there is the boardwalk, a 6-meter wide strip, with a tree-lined bike path. Then comes the park area.” Everything is designed from the functionality and social purpose. For Vives Guerra, inspiring people of Barranquilla of “living the river” was fundamental for the success of this project, an initiative of the Mayor's Office of Barranquilla, developed through EDUBAR (Urban Development Company of Barranquilla).

“All of the gardens and plazas are made up from diagonals… This is to from a perspective, either towards the river or towards the city’s skyline. The design principles show users the river’s richness and the Isla Salamanca Natural Park, located across the water. In addition, some places make you look towards the city and discover the cosmopolitan side of Barranquilla” adds the architect. “Barranquilla wasn’t used to appreciate its skyline basically because there was no place to appreciate it, that has all changed with the Gran Malecón.”

Since the opening of the first section of the project in July 2017, the Gran Malecón has registered more than four million visitors. This project has brought its users meeting places, workout spots, family strolls, bird watching stations, phone charging totems, casual breakdance and folkloric stages or simple decks for contemplating the river. Led by the architect of Barranquilla Ricardo Vives Guerra, Diseños y Conceptos is an urban consulting company created in 2015 in Barranquilla, focused on projects that provide social growth and respond to global challenges such as environmental and economic sustainability. 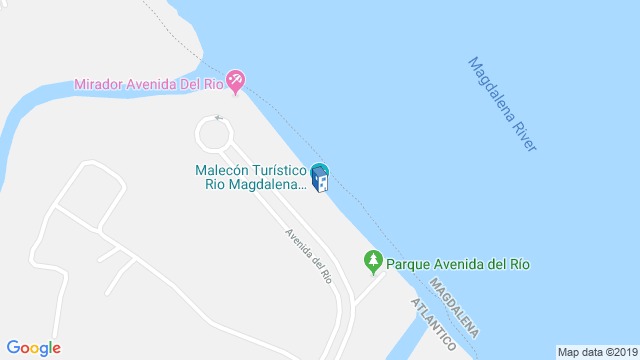 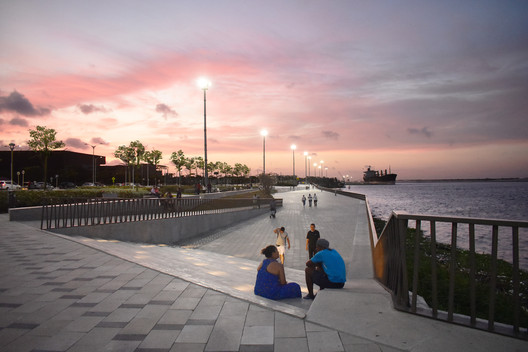