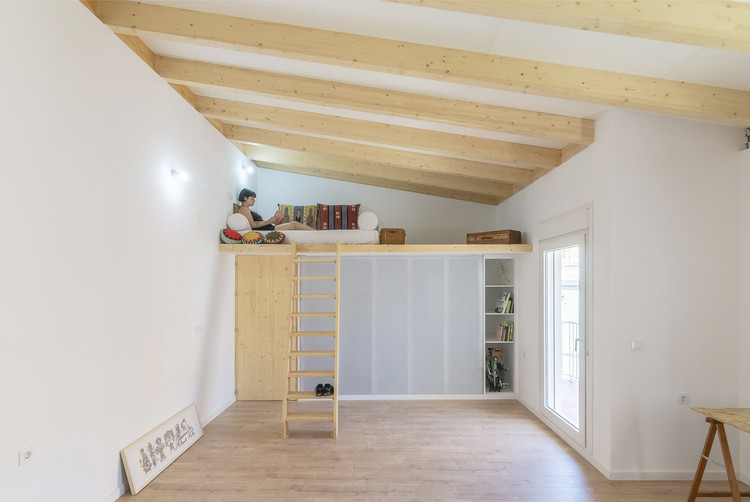 Text description provided by the architects. She had an old (and small) family building next to her work, where her sister had a tattoo studio on the ground floor. On the first floor, they had a common space, somewhat crowded with family relics. But she lacked a space to be able to isolate herself from everything and realize one of her great passions: drawing and writing. Oh, if I could have one more room! She told me. I have a plan! I replied.

The solution was of a quite mathematical nature due to the age of the construction. The new room had to weigh exactly the same as the tile roof that existed. That led us to design a light timber frame structure. This also facilitated the work, because the walls would be assembled in a workshop to later be fixed on the existing floor. We only needed to cut the street for a week to assemble the structure, another factor that would help us, since the access street was very narrow.

The preliminary work consisted of the demolition of the roof and the opening of a stairwell that would lead up to the new room. Before assembling the structure the new ladder would be installed using a crane.

The work would be light and durable, with a cosy and translucent interior, an interior that would transport one to a space of inspiration. The construction system would allow us to make a climate bunker between party walls, 14cm of rock wool on the facade walls and 12cm of extruded polystyrene panel on the roof. Exhausting the maximum height allowed by the subsidiary rules would give the room dimensions of silence and calm where the rhythm would be marked by the exposed pinewood beams. A lattice would be placed on the stairs that would help us maintain the temperature in the room and the stairs would be illuminated through a polycarbonate panel. The room would have a loft for sleeping, reading, storage, contemplating ...

With familiar and intimate furniture, she would only place well-selected personal objects in the room: a marionette and a drawing by her sister, some of her own drawings, framed and resting on the floor. One new object from outside the family would accompany her, a piece from the Variations series by Naza AyD would join this collection of objects made by women.

On the street, a pale facade of wood-cement panels would be integrated with the surrounding colour palette. That's how we devised the plan, a plan for building and writing. 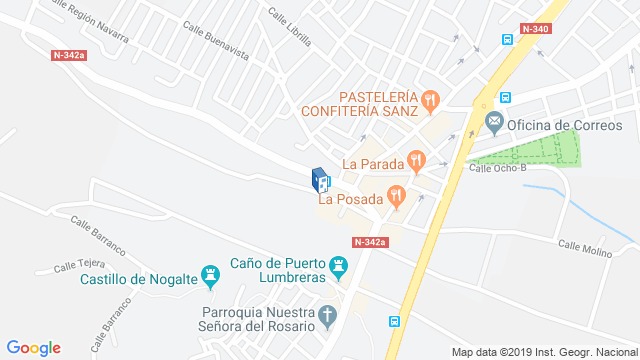 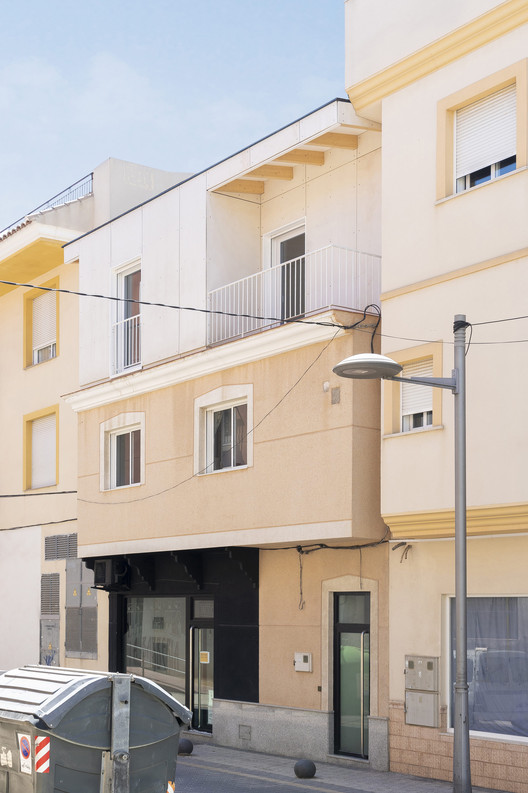 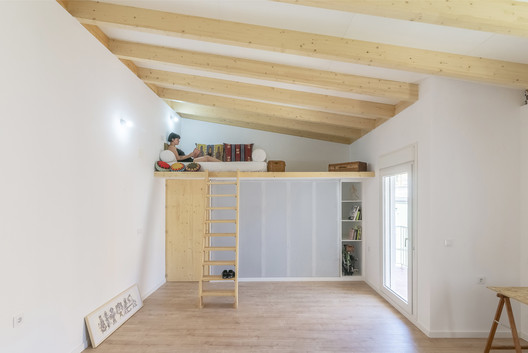