Morphosis has unveiled new images of the proposed 15-story mixed-use development along the Sunset Strip in Los Angeles. Spanning along Sunset Boulevard between San Vicente Boulevard and Larrabee Street, the 369,000-square-foot building is designed with a gym, movie screening room, and a rooftop pool. The project would include a new home for the landmark Viper Room, as the sinuous residential tower and hotel redefines one of L.A.'s most iconic streetscapes. 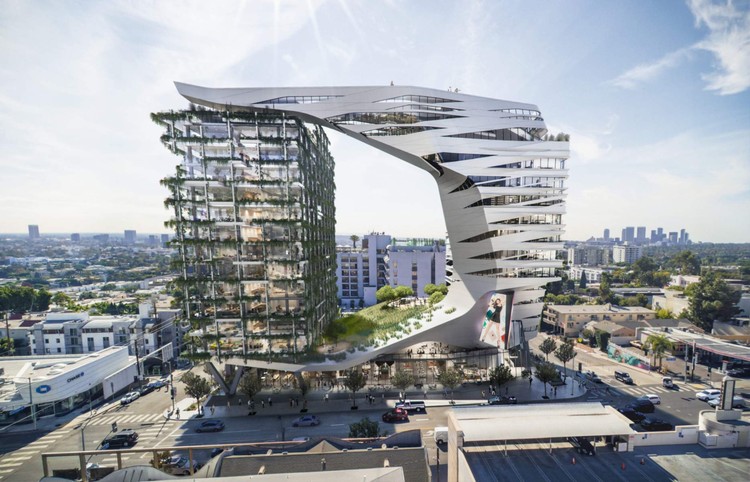 At nearly 200 feet in height, the mid-rise structure would feature an a large interior opening through two connected towers. As Urbanize LA reports, the new hotel would include 115 guest rooms, ground-floor commercial space, and guest amenities. The proposed development would also incorporate 31 condominiums, 10 units of affordable housing, and parking for 269 vehicles. Silver Creek Development purchased the property and the site of the landmark Viper Room night club. According to Plus Development, Morphosis was selected after a design competition that began with submissions from 12 architecture firms.

The project is expected to be formally submitted to the City of West Hollywood, after which it will be considered by the West Hollywood Planning Commission's Design Review Committee for feedback. Called 8850 Sunset Boulevard, the project is anticipated to begin in May 2021 with completion set for 2024. 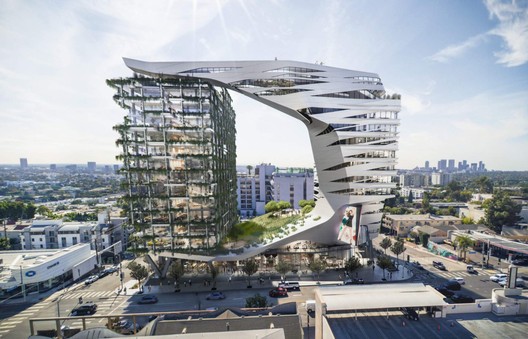