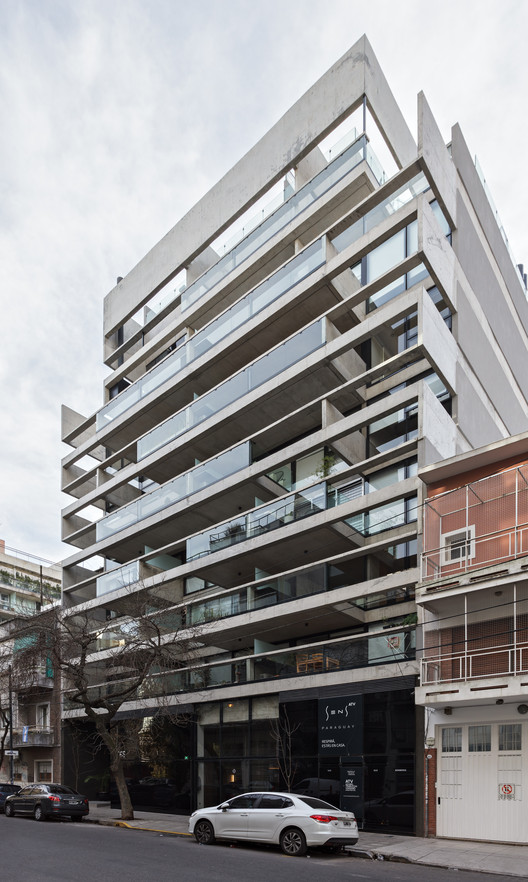 Text description provided by the architects. The project is placed in a quiet street of low traffic, in the middle of Palermo Hollywood, a trendy neighborhood in the city of Buenos Aires. This architectural work puts once again in practice an experimental way of thinking spaces developed by ATV Arquitectos, where the concrete structure is the main issue of the project. This piece not only defines the different spaces but also the relationships among them, and also works on the limit between interior and exterior.

Each item being part of this structure takes an expressive role in the project, showing their true characteristics, qualifying the contacts among pieces, making them unique. Being concrete the chosen material, the dimensions of the expansions are beyond the usual ones.

These spaces, and the way they are located resulting in a varying facade, which alternates expansions, empty spaces, and double heights; in the pursue of bringing the spirit of country houses and the relationships they present with the exterior space to the urban areas. Another important subject that the project pays attention to is the study of the different ways of living. The building presents two and three rooms units in the first six floors, with their own expansions and terraces, working on the relationships previously mentioned. The structural elements are clearly differenced from the ones of the enclosure. The spaces can be opened or closed depending on the user and its personal desires since sliding wood panels were used to divide the bedroom from the living room. The last floors of the building conform the ending of this and present two four-room units, both with their own pools, and terraces in different levels, taking to the máximum the subjects explored in the whole project. 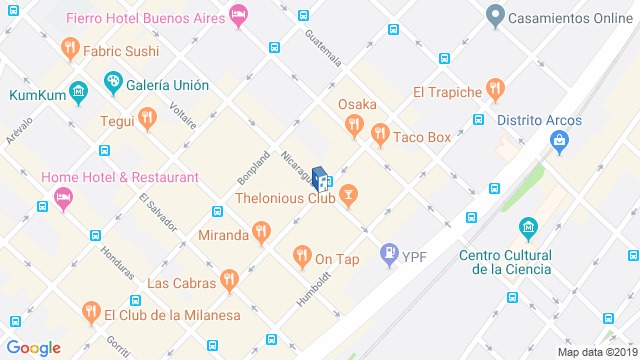