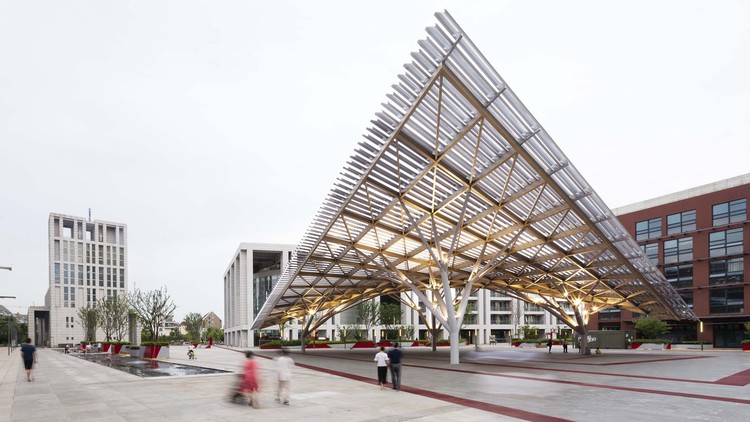 Text description provided by the architects. Kokaistudios’ recent urban renewal project in Anting saw the upgrading and refurbishment of the satellite town’s central square. Through a series of interventions, including a landmark centerpiece, the design connects the oversized space to its environs by extending and defining its four axes. The effect has proven transformative, elevating the once underused, ill-equipped space from an empty expanse, to a vibrant hub.

Located sixty kilometers from central Shanghai, the town was designed in 2001 as a German-themed district. Home to Shanghai automotive industry, in recent years, large areas have been purchased by Vanke, one of China’s leading real estate developers.

The urban renewal project centered on a fifty thousand sqm square at the heart of Anting. Its vast size lent the space an inhuman quality: with little of note along its periphery, and largely empty, it lacked liveliness and buzz. Without areas of shade, adequate lighting, or even seating, it offered little in the way of functionality.

What the designers found was that the oversized square was something of an anomaly in Anting, and each of its four axes led to areas of defined programming and character. The road leading northward from the square, for example, arrives at mature orchards and an allotment. To the east is a lake and attractive pavilion; and to the south, a park, children’s playground and sports facilities. The road to the west of the main square is the primary access point for travel to, from, and around Anting, including a metro station, shuttle bus terminal, parking facilities for electric cars, and bike sharing hub.

This was the starting point for creating a series of stories within the square, effectively drawing narrative lines across the space. Taking inspiration from the allotments and orchard found to the north of the square, the north side features modular planters, in which residents are invited to cultivate their own herbs and aromatic plants. Not only does the solution connect and anchor this part of the square to the district beyond, it also creates an interactive element and programming.

In the square’s eastern quadrant, and connecting with the lakeside landscape beyond, Kokaistudios created an attractive water feature, flanked by benches for rest and relaxation. To the south, and taking design cues from the nearby park, a children’s playground has been installed, opening up the formerly barren space to young families, and importantly, energy and activity.

The square’s western road junction connects to Anting’s travel infrastructure, making it a primary access point. With this in mind, Kokaistudios opened up the facades of its buildings to more commercial opportunities, including an enlarged pedestrian area, and for F&B premises, terrace seating.

Unifying these four-distinct place-makers is a central pavilion. An accessorial architectural landmark, it serves several functions, including a covered ‘stage’ area for events of all kinds, shelter from sun and rain, as well as a public basketball court. Uplifting in design, rather like a sail, its roof is a four-sided shape, twisted and tilted to striking effect. Its geometry is such that it appears different depending on which of the square’s four boulevard axes it is viewed from. A louvered roof creates a further optical effect still: from certain angles, the pavilion appears transparent.

These five elements - the four themed quadrants, plus central canopy - are connected by a ‘carpet’ or path, physically tracing the lines of the square’s axes in red asphalt. The intervention guides visitors to each area to encourage engagement, and create identity.

Collectively, Kokaistudios’ interventions have transformed this formerly underused - yet expansive - space. By incorporating clear programming elements, including planters for residents, as well as an eye-catching pavilion, the square’s renewal has breathed new life into the town, inviting cultural activities engagement from both residents and visitors alike. 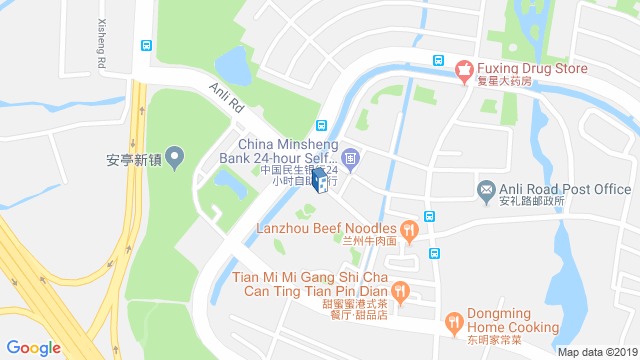 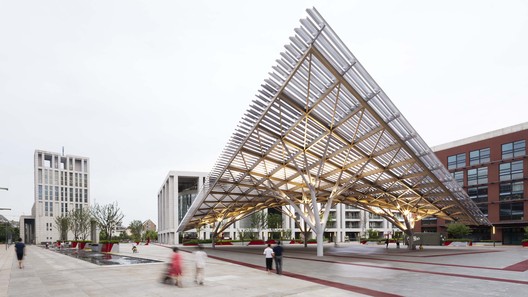